The Porsche Panamera Turbo S E-Hybrid takes on the 911 Turbo S. Can the super sedan out-muscle the Turbo?

A few months ago, the folks over at Autocar pitted an Audi R8 V10 against a Porsche Panamera Turbo S E-Hybrid in a drag race. At the end of the quarter-mile, the Panamera absolutely crushed the Audi. In this video, the Panamera is back again to take on a new challenger: the 911 Turbo S. Having more power than the R8, it’s interesting to find out if the Panamera can win again.

When it comes to all-out acceleration, the 911 Turbo S is hard to beat with its 3.8-liter twin-turbocharged flat-six that puts out 580 horsepower and 516 pound-feet of torque. It certainly doesn’t pack the punch of the Panamera. With its 4.0-liter twin-turbocharged V8 and electric motor, the super sedan makes 680 hp and 626 lb-ft of torque. The biggest factor is the weight difference between the two. The Panamera sits at a hefty 5,315 pounds while the 911 only weighs 3,515 lbs. It’s too close to call just by looking at the numbers. 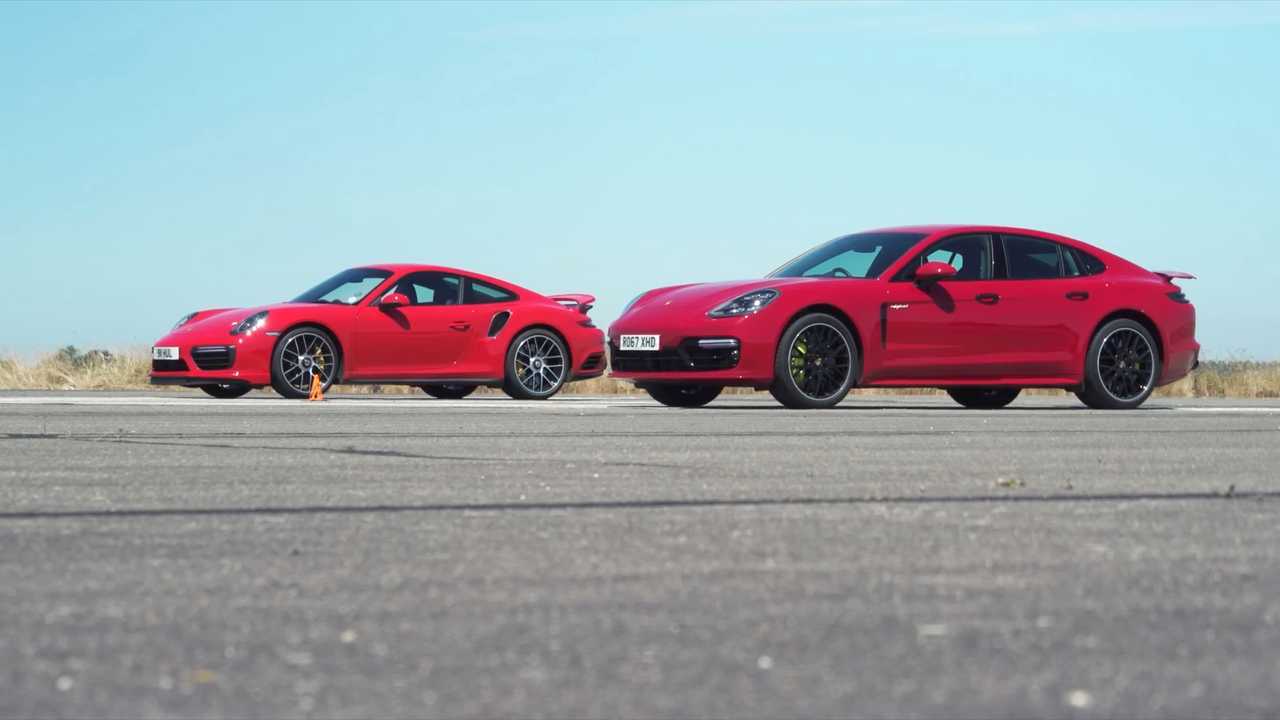 Both were put into launch mode to get the best start possible. Once the flag dropped, the Panamera and 911 each got off to a fantastic start, and throughout the race the 911 was never more than a couple of car lengths.

That’s right: the Panamera lost the race, though it’s still a super sedan that shouldn’t be taken lightly. The 911 crossed the line in 10.8 seconds while the Panamera clocked 11.4 seconds. The fact the Panamera was less than a second behind the 911 speaks volumes. For now, the 911 S is the king of the quarter-mile between these two siblings, but not by much.