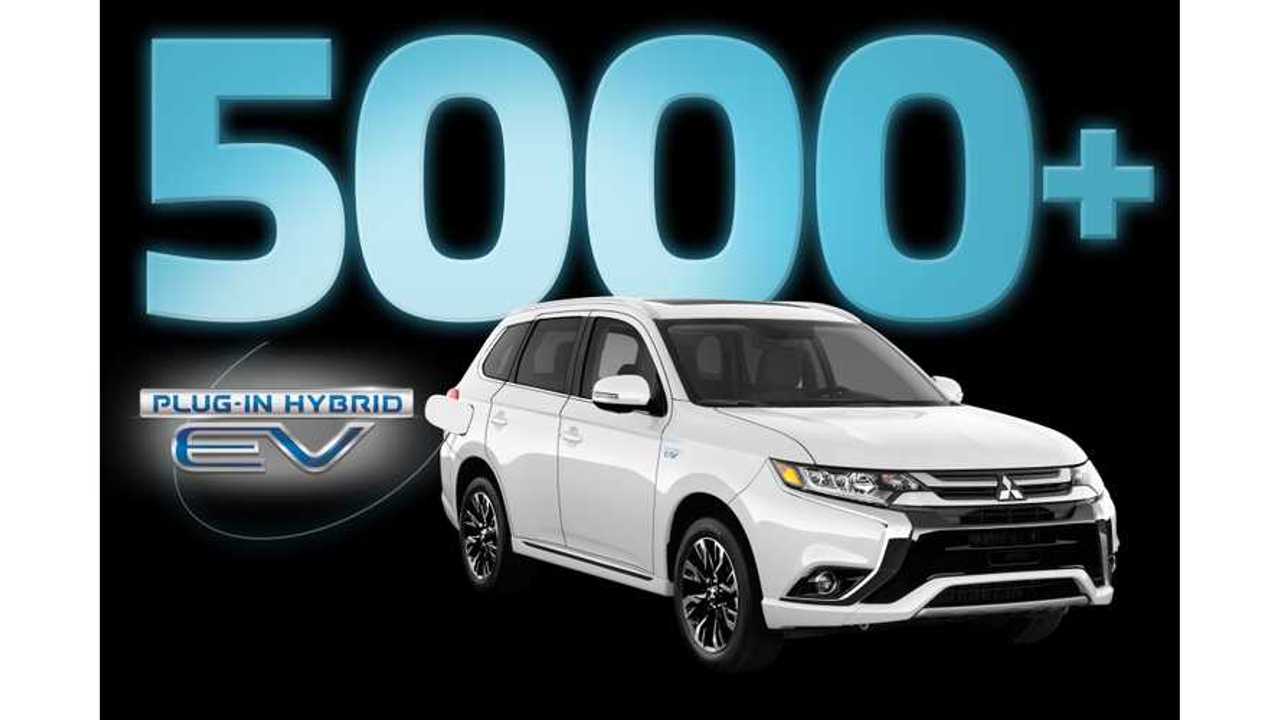 Mitsubishi Outlander PHEV is well suited for the Canadian market.

Mitsubishi celebrates more than 5,000 Outlander PHEV sold in Canada during the first 11 month of the year, which makes the Japanese car the most popular plug-in hybrid on the market.

Through 11 months, Mitsubishi delivered 5,052 Outlander PHEV, which is 21.4% of the total volume for the entire brand in Canada! The result is high thanks to a high ratio of 47% of dealers who decided to offer the plug-in hybrid.

Mitsubishi Won't Do An Electric SUV: Committed To PHEVs

“Canadians are recognizing that the Mitsubishi Outlander PHEV is electric and much more helping to establish a new industry high water mark. We see our strongest results in Québec month-after-month. Most Outlander PHEV customers were in gas-only SUVs and cars previously. As the first affordable plug-in hybrid SUV in the market, we’re helping to significantly grow adoption to EV. We are very proud of that,”

Mr. Serge McGraw from Québec helped Mitsubishi Outlander PHEV set a 5,000+ record as one of November’s Outlander customers purchased from top Outlander PHEV dealer Québec Mitsubishi. Mr. McGraw is moving out of a 2010 gas-only SUV and he chose Outlander PHEV for its load capacity and its ability to run on 100 per cent electric. He has driven his vehicle for three weeks already without filling the gas tank.