Electric vehicles have passed through the early adopter stage. The greenies, techies and lovers of acceleration are all driving them already. If Elon Musk’s dream of banishing fossil fuels is to be realized, then Tesla needs to start winning over the rest of the auto market - those for whom cars are not an object of fascination, but simply a necessary appliance, or perhaps a status symbol. 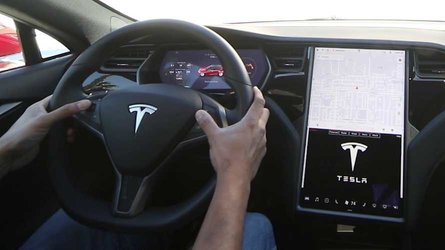 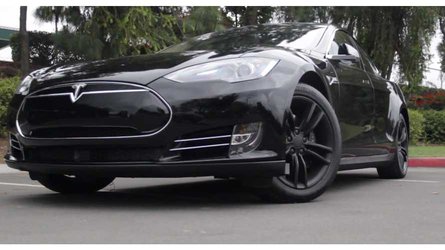 This Family Is Thankful For Its Tesla Model S On Thanksgiving

Zoe Williams, a popular British columnist who writes about politics, restaurants and the tribulations of being a single woman in London, seems to fit that description down to the ground. In a recent article in The Standard, she compares her encounter with a Model S to dating a Sagittarius - apparently a risky proposition.

At the outset, Ms. Williams makes a point of demonstrating her lack of knowledge about electric cars, or about cars in general (she, or her editor, seems to believe there is an automaker called “Hyundair”). As the uncharged invariably do, she fails to understand the differences among hybrids, plug-in hybrids and pure electrics, and her greatest fear is running out of charge and getting stranded “with a boot full of shopping and no charger in sight.” No electric cars for her, thank you very much.

“And then I met the Tesla,” says she. She falls hard. Her better judgement warns her against getting involved with another Sagittarius, but “surrender is inevitable.”

Above: A look inside the right-hand-drive Tesla Model S (Image: InsideEVs)

“There are 90,000 things wrong with this car, but they are all its price tag,” Williams writes. “Everything else is perfect.”

The wide-eyed Williams discovers all the unexpected joys of driving electric: “The handling is epic, you feel like Jason Bourne just pootling down the street, but you’re never buffeted about...The acceleration is magnificent. There was nobody I couldn’t beat off the lights. It was like being in a cartoon where everyone else is normal and you have superboots...If you can live with the fact that you don’t know how a battery works, this car is as self-explanatory as a bicycle...I had enough space to adopt two more children and still take the dog, except that I would never put a dog in this car.”

Yes, our regular readers, well-informed connoisseurs of Tesla’s advanced technology and industry-leading performance, may smile at Ms. Williams cutesy (or “twee” as our British friends say) observations. But do keep in mind that she is speaking for precisely the sort of people who need to be sold on driving electric. It’s safe to say that Williams’s loyal readers (and she has plenty) don’t care much about Motor Trend road tests, or the advantages of cylindrical cells over pouch cells. They want practicality and they want fun, and Williams quickly discovered that Model S delivers plenty of both.

The world’s BMW and Mercedes drivers are already well aware of the wonders of Tesla. If EVs are to become a mainstream product, that awareness needs to filter down to those who drive Toyota Camrys, or Ford Fiestas, or who perhaps aren’t even sure what the car they drive to work is called. Let’s welcome Zoe Williams to the ranks of the converted. “This is transport completely reimagined, its footprint turned into a toe-print,” she raves. “In other news: madly enjoyable.”