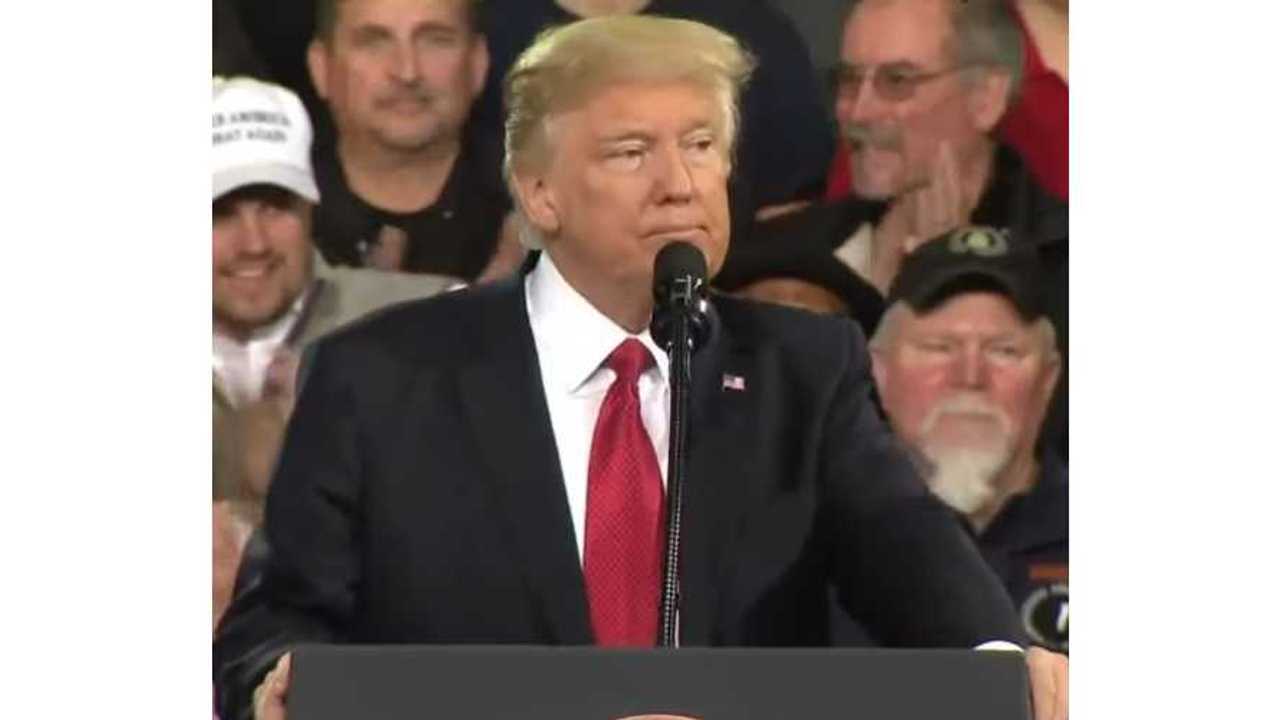 Can't say we're surprised by this.

After last week's announcement by General Motors that they would be closing 5 plants and discontinuing some of their cars including the Chevy Volt, President Trump went to Twitter to respond to the news. His response was both expected, but also a little puzzling, as his message didn't appear to really make sense.

Very disappointed with General Motors and their CEO, Mary Barra, for closing plants in Ohio, Michigan and Maryland. Nothing being closed in Mexico & China. The U.S. saved General Motors, and this is the THANKS we get! We are now looking at cutting all @GM subsidies, including....for electric cars. General Motors made a big China bet years ago when they built plants there (and in Mexico) - don’t think that bet is going to pay off. I am here to protect America’s Workers!

The puzzling part is the threat of eliminating subsidies "for electric cars" as a punishment to GM for plant closures and potential layoffs. General Motors is on the verge of surpassing the 200,000th electric vehicle sold, and will most likely pass it before the end of this year. Therefore, GM will begin their tax credit draw-down in the 2nd quarter of 2019, at which time the tax credit is cut in half to a maximum of $3,750. Then, in the fourth quarter, it is halved again to $1,875 for two quarters before it's gone completely.

The Chevrolet Volt, along with other low-selling vehicles, will be discontinued as GM shutters plants and restructures.

So, in less than four months, GM, along with Tesla who already surpassed their threshold, will be at a competitive disadvantage against all of the other OEMs with regards to their electric vehicles. The electric vehicles from the companies will qualify for the full tax credit ($7,500) while GM and Tesla's customers qualify for half ($3,750) of the full credit for 6 months, and then one-quarter ($1,875) for another six months. No other company is expected to hit their 200,000th electric vehicle threshold for at least another two years.

Therefore, if the Trump administration were to eliminate the electric vehicle tax credit, it would actually help GM (and Tesla) be more competitive, not punish them, as the President implied.

As a matter of our policy, we want to end all of those subsidies, Kudlow said. And by the way, other subsidies that were imposed during the Obama administration, we are ending, whether it’s for renewables and so forth.

Kudlow recognized that it may not be too easy to do this, and said he doesn't expect to end electric vehicle subsidies for another year or two, probably in 2020 or 2021.

One wonders if GM's plant closure announcement just gave the President an excuse to attack the EV Federal tax credit, something he's never really supported, and it really had nothing to do with GM. That would actually make more sense since GM will no longer benefit from it by the time the White House does move to have it eliminated.

Back in June, a polar opposite proposal was made in the House of Representatives. Democrat Peter Welch of Vermont introduced a bill to remove the 200,000 vehicle trigger, extend tax credits for all automakers for 10 years, and create a time of purchase rebate (H.R.6274). There's been very little to report on this, and given the latest remarks from the White House, we find it difficult to imagine it ever being approved.