Last week at the LA Auto Show, Kia stunned us with a 2020 Soul featuring a 64-kWh battery pack.

Kia is making big moves in the EV market. Last week, the South Korean carmaker revealed the 2020 KIA Soul, packed with features and coming with the well-known upbeat looks, but also packing a 64-kWh battery. That makes the Soul join another model from the Kia range - the Niro EV - packing the same, rather large battery pack. And the automotive world took notice. 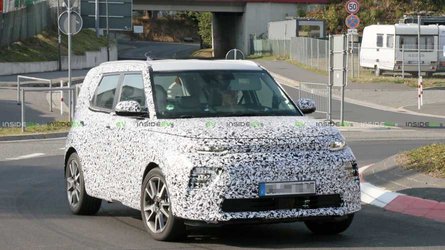 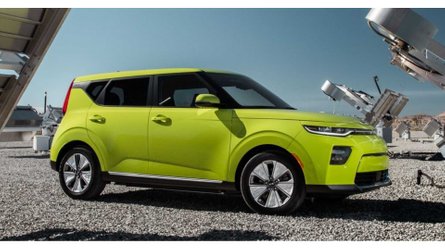 While the first few years of EV adoption were pretty much the wild west, right now, with more car manufacturers joining in on the festivities, some things are clearing up & becoming standard. Most notably, the perceived tipping point for many buyers - the 200-mile (320 kilometers) range. However, nobody (even us) expected KIA to fit the rather large battery pack to their more city driving focused, lease-oriented Soul EV. And this made for a rather interesting conversation to be had with the Korean carmaker.

Green Car Reports - a website dedicated to everything green - asked Kia why go big on the battery for both the Soul and the Niro. The less expensive 39-kWh battery could've delivered ample range in the Soul at a much cheaper price. The answer from Kia is somewhat surprising. It seems that more range is what existing Soul owners wanted.

“The plan all along was to maximize range, because that’s what our customers want,” said Steve Kosowski, the manager of long-range strategy and planning at Kia Motors America.

It was back in late 2015 when the carmaker decided to survey customers about what range would they like in their next vehicle. And however surprising, the idea was that most owners would like more range - even in their first and foremost, city cars. And the magical number proved to be the aforementioned sweet spot of 200 miles (320 kilometers).

“The median range was 208 miles,” said Kosowski. “So from this we learned that 200 miles is sort of a magical number.

However, this meant that the 39-kWh battery pack couldn't meet the desired range. In turn, it was ruled out at that point in the vehicles' development process. That meant that most customers wanted an increase in range. even if they are not going to use it in most scenarios. But, it meant that people are also using their usually reserved for the city electric vehicles to make occasional longer trips. Probably on the weekends, or during the holidays. And we can get behind that in a big way!

The 39-kwh pack couldn’t meet that, so it was ruled out at that point in the development process. “It was very telling, we got a lot of very valuable information from that survey,” said Kosowski. “One of the engineers asked, why do you want to carry all this weight around if you only use a portion of the battery most of the time; but I think the industry has shown, and consumers have shown, that 200 is the new floor.”

It seems KIA is directly listening to its customers and providing them with the exact thing they've wanted. And if they can produce both the Soul EV and Niro EV in substantial numbers, the carmaker will probably be able to offset the added cost per vehicle (batteries are, after all, expensive). In turn, KIA might put themselves on the map as several other carmakers (sans Tesla) are threading the EV waters lightly and producing low-range EVs that customers seemingly don't wish for.

Whatever may be true, for most customers, the 200 miles (320 kilometers) range is perfect for 99% of driving situations. Pack that with more charging stations being brought online worldwide, and EVs like these, with substantial range, could take over the automotive world by storm in the next few years.