More Tesla Competitors Surface: Are They Worthy? Can They Succeed? 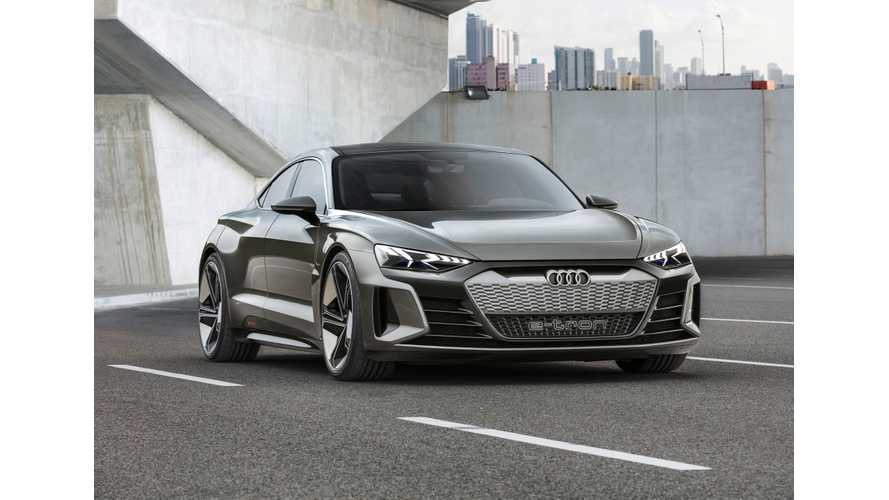 The myth of the “Tesla Killer” is a tempting one for mainstream journalists, who have learned that any article with the word “Tesla” in the headline, especially a negative one, is a sure-fire click generator.

On the face of it, the thesis is sound: any major automaker that decided to get serious about selling (not just producing) EVs could use its advantages in economies of scale and access to capital to bury tiny Tesla. However, those of us who follow the EV market closely have never considered this a serious threat to the California carmaker. The would-be killers may have the weapons and the opportunity, but they lack the motive.

Tesla exists only to sell EVs, whereas legacy brands are producing EVs mainly because of pressure from government regulators (and increasingly, in response to competition from Tesla), and have shown a notable lack of interest in selling them in volume. The reasons for this are becoming apparent, as one carmaker after another concedes that it expects electrification to take a huge bite out of the record profits the industry has been enjoying for the past several years. The companies understand that the transition is inevitable, but it’s one that they’re in no hurry to make, and this fact is starting to sink in with auto analysts and the media.

As Simon Alvarez, writing in Teslarati, puts it, “With legacy automakers revealing their highly-anticipated Tesla competitors, and with each company running into challenges of their own, analysts are starting to retire the myth of the Tesla Killer.” Alvarez cites the examples of Toni Sacconaghi of Bernstein, a known Tesla skeptic, who recently stated that Model 3 faces “no credible competition” from legacy auto until at least 2020; and Berenberg Analyst Alexander Haissl, who reiterated a Buy rating on TSLA with a $500 price target, saying that fears of competition are “overblown.” Another convert is Andrew Left of Citron Research, formerly an outspoken TSLA short-seller, who recently said, “there is NO Tesla killer. Competition is nowhere to be found, and no electric vehicle is slated to launch at the Model 3 price point until 2021.”

Above: Between January and October of this year, Bloomberg reports that Tesla's "Model 3 is now more popular than the entry-level luxury offerings of Audi, BMW and Mercedes-Benz combined." (Source: Bloomberg via InsideEVs)

Additional evidence of the Tesla Killers’ innocence was presented in a recent report from Hamburg-based Berenberg Bank (via Forbes). “Tesla Inc will shrug off what was once thought to be the existential competitive electric car threat from the Germans because of its lead in range, design, engineering and cost,” wrote Berenberg analyst Alexander Haissl. “Tesla has already demonstrated its ability to outcompete incumbents and their ICE vehicles despite a higher price, as consumers are willing to pay a premium for a better product.”

Berenberg thinks the German and British EV-makers will face a pricing problem. “Newly launched EVs by traditional will come to the market at a close to 80% purchase price premium before subsidies compared to their ICE counterparts, without offering meaningful incremental benefits to the consumer. Consumers’ willingness to pay such a premium could turn out to be limited, which puts the competitive position of these EVs at risk,” Haissl said.

The unfavorable market dynamic isn’t the only oil slick in Big Auto’s lane. Other attempts to take on Tesla have undergone a few unforeseen difficulties:

Above: Along with legacy automakers, MKBHD also looks at some of the new, so-called "Tesla Killers" getting a lot of buzz (Youtube: Marques Brownlee)

Tesla has a technical lead of several years on the legacy automakers, an advantage Teslarati’s Alvarez ascribes to “Elon Musk’s long-term play on electric car batteries and the company’s vertical integration.” Tesla’s policy of producing its own battery cells with partner Panasonic spares it the problems currently plaguing Audi and Mercedes. The Apple-like integration of Tesla’s hardware and software creates a unified user experience, and helps to avoid the sort of issues that Jaguar is facing with the I-PACE.