What Happens When You Stalk A Tesla Supercharger For A Day?

STALKING A TESLA SUPERCHARGER STATION FOR A DAY

Every Tesla owner has a story, and what better place to collect those stories than at a Supercharger? Autocar’s John Evans spent a day interviewing drivers at one of Britain’s busiest Supercharger locations, and compared the experience to playing whack-a-mole. “No sooner have you finished quizzing one than another has wafted silently into another bay, plugged in and gone to Starbucks. You go after them and another turns up.” 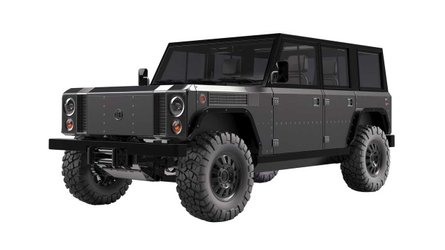 Bollinger Asks Tesla If It Can Use Superchargers 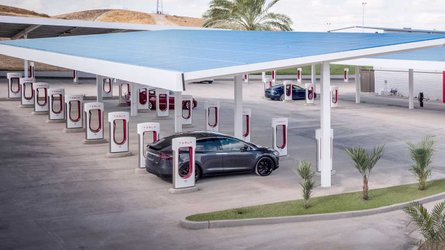 Tesla To Double Supercharger Capacity By End Of 2019

Above: A look at one of Tesla’s largest and busiest UK charging locations at South Mimms Welcome Break Motorway Services (Image: Open Energi)

South Mimms Services, located at the junction of two major highways just north of London, is a typical “motorway services” site, a wonderful British institution that provides long-distance drivers with a convenient place to refuel their vehicles and themselves. It features several fast food restaurants, a BP petrol station, a 12-bay Supercharger site and an Ecotricity charging station for the owners of non-Tesla EVs.

Every driver Evans interviewed was happy with the Supercharger experience. “I’ve arrived with 13% power left,” said Model S owner John Stephenson. “I wasn’t worried: a friend reckons his S was still running with minus 16%! We’ll have a coffee while it goes back to 85%. It should take around 45 minutes.”

“There are plenty of chargers, so we’ve never had to wait, but you soon learn not to use adjacent ones because they share their power and take longer to charge,” said Stephenson’s wife Linda.

Above: There are also a few Ecotricity charging stalls for non-Tesla EVs at the South Mimms location (Image: Charge Map)

“Charging the car is very simple while the car itself has been totally reliable,” said Andrew Hodgson, CEO of an automotive supply company. “I never hold back, and I’ve never experienced range anxiety.”

Several of the drivers at South Mimms that day admitted to naughty behavior - using Superchargers for regular day-to-day charging instead of only for long-distance travel as Tesla intended. The company discourages this selfish use of scarce Supercharger space (which can also have a negative effect on battery lifespan), but short of sending letters of admonishment to suspected scofflaws, there would seem to be little it can do about it.

“I’ve got one of Tesla’s domestic chargers but I haven’t installed it,” said one Tesla driver. “South Mimms is between my home and office, so it suits me to pop in and catch up with work.” “I only live around the corner and the office isn’t far but I’m here twice a week because it’s so convenient,” said another. “We have a domestic charger but this is more convenient and, of course, the power is free,” said a third miscreant.

Above: Tesla's South Mimms location is conveniently in front of the local Starbucks (Image: Welcome Break)

Out of 15 Tesla drivers Evans spoke with, only one had anything negative to say. Real estate developer Amit Patel said he didn’t care for his Model S’s interior finish, the small number of options and the “drab colors.” “To be honest, I’m an Audi man,” he said. “It was the Tesla’s free electricity that hooked me.”

For now, the number of Superchargers at South Mimms seems to be quite adequate. Over the course of the day, 76 drivers used the facilities, and during Evans’s five-hour shift, he never saw more than 5 of the 12 stations in use at any one time. But what will happen when Model 3 arrives in The Isles?

Tesla won’t confirm the number of Model 3 orders it has taken in the UK, but as Evans points out, “it’s reasonable to assume a few of them will be jostling for charging space at South Mimms, as well as at the carmaker’s 49 other Supercharger locations.”

Above: A look back at Tesla's Supercharger station, pre-opening, at Welcome Break services South Mimms back back in 2016 (Youtube: David Bailey)

Tesla is busily expanding its charging network around the world, and the UK is no exception. The company has new locations in the pipeline, and is increasing the size of existing ones. To give one example, the Hopwood Park Services Supercharger location near Birmingham was recently expanded from 6 to 16 chargers. Tesla also has 500 Destination Chargers at locations such as hotels and shopping centers up and running in the UK.