More Details On Volkswagen's Plan To Invest Billions For EVs 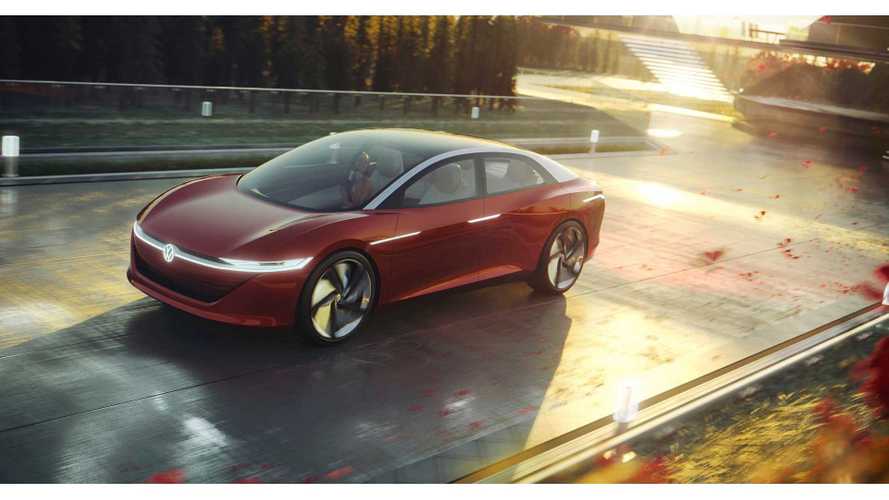 Volkswagen Group is gearing up to mass production of electric vehicles, thus a magnitude of strategical changes are required.

Volkswagen may be a bit late to the EV party, but they're certainly aiming for a fashionable entry. The German carmaker is set to invest almost 44 billion euro in the next five years, covering everything from e-mobility, autonomous driving, new mobility services, and digitalization in its vehicles and at its plants. The sum represents approximately one-third of the total expenditure for Volkswagen in the 2019-2023 planning period.

All of this is part of the Group's planning round that was recently completed, but also, discussed and approved in full by the Supervisory Board of Volkswagen Aktiengesellschaft at its meeting on Friday. In turn, this move could push VW into the top-tier EV makers, taking into account their production capabilities, liquidity and the overall state the company is at now - even with the fallout of the dieselgate scandal still haunting them both perceptually and financially.

The VW Group is diligently working in improving earnings at all their brands. After all, the planned expenditures pose enormous financial challenges, which, on entirety, Volkswagen plans to fund from their own resources. In turn, programs that aim to secure the agreed financial targets have already been initiated by the brands and companies, part of the VW Group. According to several sources, Volkswagen aims to decrease both capital expenditure ratio and the research and development ratio in the Group’s Automotive Division to a competitive level of 6% from 2020 onward. Furthermore, the company aims for a net cash flow target of a minimum of €10 billion by 2020 - however, impacted by the dieselgate scandal, set to put a curb ball into the cash outflows in planning years 2019 and 2020.

The joint ventures that VW currently employs in China are not consolidated. Thus, they will not be included in the plans. According to VW, these joint ventures provide their own funding for investments in both plants and its respective products.

One of the biggest tasks and challenges that lay ahead of the VW Group is how to assign the new duties amongst the production facilities. Hence, at the meeting, the Supervisory Board of Volkswagen Aktiengesellschaft approved the new plant assignment plans. More specific, Emden and Hanover are slated to be converted in order to become electric vehicle plants exclusively - this is where the ID family of EVs are going to be built. Precisely, Emden will see the production of electric small cars and sedans from several brands, while Hanover will specialize in the production of the ID. BUZZ family - in addition to producing vehicles with conventional drives.

The changes in the strategical placement of production plants reflect the next five-year challenges and conclusively, lay out the necessary foundations for EVs to be built on a grand scale. However, after 2022 - the year when the ID family is slated to roll out - more production capacity will be needed and VW plans to expand to an additional plant, located somewhere in Eastern Europe.

Volkswagen Group production has targeted a 30% increase in productivity by 2025. However, this doesn't mean more pollution. Thanks to and backed by good progress in recent years, the environmental footprint of Group plants is to be almost halved within the same timeframe. That, combined with more EVs from one of the biggest carmakers in the world, might finally start to tip the scale to electric vehicles on a more massive scale.