What If An Electric Car Could Use Its Body As A Structural Battery? 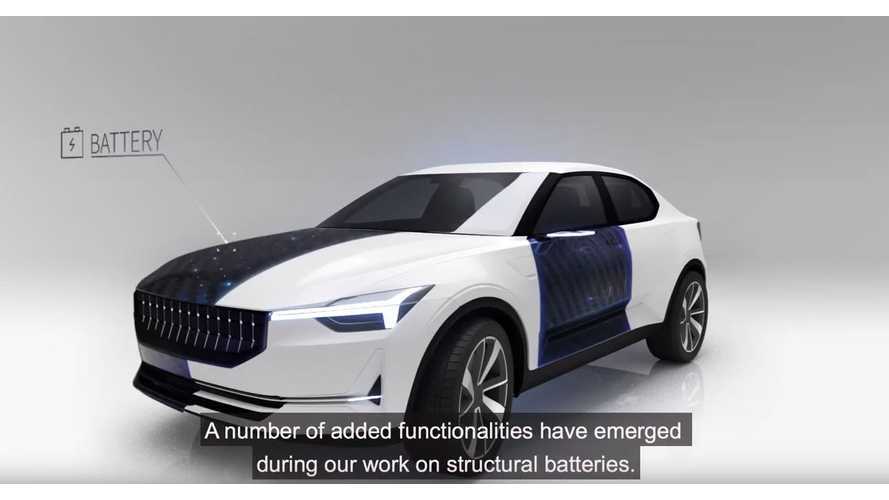 COULD AN ELECTRIC VEHICLE’S BODY ALSO BE ITS BATTERY?

The question of where to put the heavy, bulky battery is central to electric vehicle design. Tesla pioneered the “skateboard” approach - mounting the battery at the bottom - and other EV-makers including BMW and Audi have followed the trend.

Did U Of M Come Up With Solid-State Battery Breakthrough?

Above: A different outlook for implementation of an electric vehicle battery (Image: Charged via Chalmers University of Technology)

But what if the body panels of a vehicle could form part of its battery? Researchers at Sweden’s Chalmers University of Technology have been exploring the possibility of using carbon fiber as a structural battery. The team has studied the relationship between carbon fiber’s microstructure and electrochemical capacity, and is working to develop a combination that is both mechanically sound and energy-dense.

The team has discovered that carbon fiber’s electrical and mechanical properties can be controlled by carefully rearranging its graphitic order and crystallite sites. Fibers with small, disorganized crystals have better electrical characteristics, and are slightly stiffer than steel. Large, highly-oriented crystals provide even better stiffness (over twice that of steel), but the electrochemical properties are not adequate for practical use as a battery. The team is now experimenting with ways to increase the composite thickness in order to overcome the mechanical challenges while boosting total energy storage capacity.

“The key is to optimize vehicles at system level - based on the weight, strength, stiffness and electrochemical properties,” says Chalmers Professor Leif Asp. “That is something of a new way of thinking for the automotive sector, which is more used to optimizing individual components. Structural batteries may perhaps not become as efficient as traditional batteries, but since they have a structural load-bearing capability, very large gains can be made at system level. In addition, the lower energy density of structural batteries would make them safer than standard batteries, especially as they would also not contain any volatile substances.”