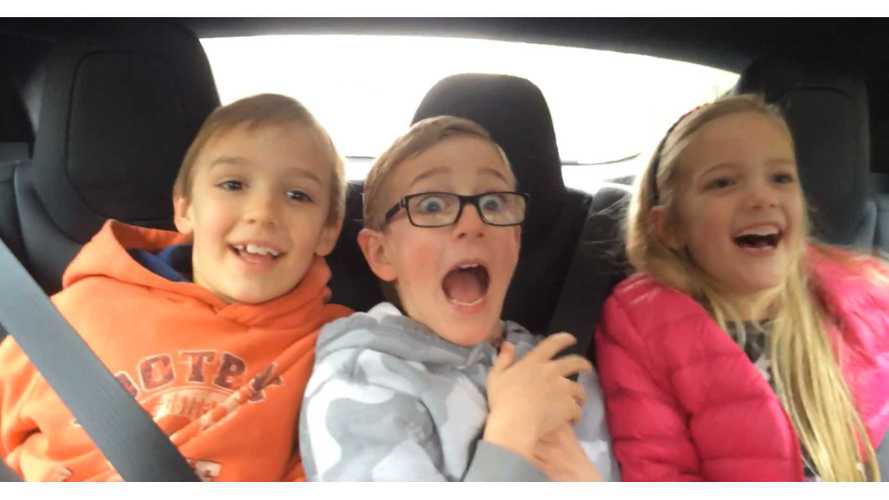 Kids are the future, and they want their future to be electric.

If we can get children on board with electric cars, we can all but guarantee that the future of the segment will be even more electrifying. It has been proven time and time again that if companies can get kids to buy in, progress may well be inevitable. Not only do they push parents to make decisions and/or even buy them the latest products, but it won't be too long before they're out in the world using their own buying power. SBD Automotive North America director Jeff Hannah reminds, "Ignore kids at your own peril."

More About Kids And The Future Of Electric Cars:

SBD North America is a leading consultancy service that focuses on automotive technology, and more specifically, connected cars. Hannah recently spoke during the AutoMobility LA conference and pointed out the reality that current middle-school kids (Generation Z) will be the next major wave of people buying cars. We still don't know for sure if by that time fully autonomous vehicles will be on public roads or how much ride-sharing services will expand, but either way, it's a wise decision for automakers to take cues from these kids.

Hannah traveled throughout the U.S. and asked kids questions related to transportation. Overall, he learned that they don't seem too concerned about vehicle ownership or getting their driver's license. However, they're all about electric and autonomous cars. During his recent speech, Hannah brought four seventh-grade girls up on stage to talk about the future of cars. We've included his questions and their responses below (via WardsAuto):

Do you want to own a car when you’re older?

“I want a car, because I have friends that live far away.”

“Some places aren’t walking distance, so I want a car.”

“I want a car of the future, but I also want other modes of transportation.”

“I want a car, but something that is better for the environment.”

What is your opinion of autonomous cars?

“It is cool and a good idea, but I would want some control.”

“Self-driving cars are interesting, but I also believe they will not be safe for everyone.”

“I see the point of self-driving cars, but it also may be another way to hurt people around them.”

“They could be dangerous. If you could operate it in an emergency, that would be best.”

What is your opinion of ride-hailing services such as Uber and Lyft?

“With Uber and Lyft, you get to meet new people, people you may not have ever had a chance to meet otherwise.”

“Uber and Lyft are a good idea, because some people don’t have cars.”

“I think Uber and Lyft are extremely important. I take dance classes after school on Tuesdays and Thursdays while my parents are at work, and I use Uber with my dance instructor.”

“It is very efficient. I’ve used Uber and Lyft before.”

Do you have any advice for the automotive industry?

“New models are getting bigger and faster, with more technology. We should try to make cars smaller. We can’t park anywhere, they are too big for our garages. Use technology better and do not waste so much.”

“Older cars should have electric motors that don’t ruin the environment.”

“More electric cars. With global warming our world is going through a lot right now.”

Surely very interesting! As we said before, it's high time for automakers to take note.