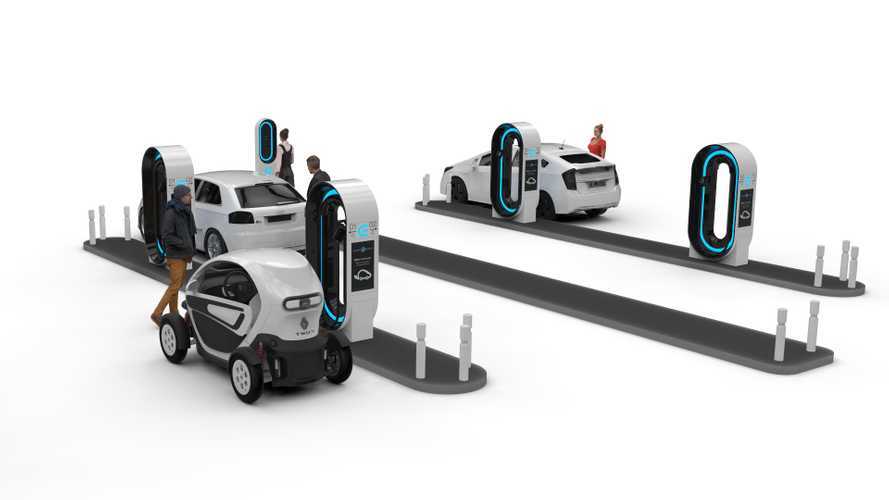 Requires a grain of salt.

Ultra-fast charging is the way of the future for electric vehicles and Electric Loading intends to be part of it. The French company has just inaugurated its new headquarters in Lieusaint, to the south of Paris, France, and took advantage of the opportunity to present its "Hyperload" DC ultra-charge station. They claim to be able to fill most electric vehicles in ten minutes or less and, in the case of the electric Porsche, 4 minutes. We're not entirely convinced.

Check out some more ultra-fast charging

By "electric Porsche" we expect our source, Le Parisien, is referring to the Mission E family of products, including the Taycan. Indeed, the German automaker does say its electric sports sedan can ultra-charge but, more specifically, puts the time at 15 minutes to achieve an 80-percent charge. That's significantly different from the claim here — over 300 percent different.

The figure from the German automaker Porsche was calculated using a 350 kW charging station. That is just a tad lower than the power level Electric Loading cites for its Hyperload equipment at 360 kW. A nice little boost, but not nearly enough to make up for the difference in claimed charging time.

With no passenger vehicles able to accept this level of power yet on the road — Porsche is only expected to begin delivering the Taycan in about a year from now (they are already accepting pre-orders, however) —  these speed claims are still immaterial. We believe, though, it would behoove charging companies and automakers to start grounding their claims in reality. If people are told they can expect their EV to recharge in 10 minutes, that ought to be possible in the real world. Giving hugely optimistic figures that have no chance of being realized by owners will only hurt electric vehicles and their adoption in the long run.

One thing Electric Loading does have going for it is the appearance of their equipment. The pencil work was done by Axena Design and you can get a better look at it in the video below, recorded, in part, at CES early in the year. They also claim it will be a lot cheaper to install: around 5,000 euros instead of the 50,000 euros it says other systems cost. We'll reserve judgment on that claim for now, but will keep our ears open to see how that turns out.