With the launch of the awesome Rivian R1T at the L.A. Auto Show, our minds have been dwelling on the idea of an electric pickup truck. So, it was great to see this render of the yet-to-be-seen Tesla Truck pop up on Twitter. It takes the Tesla Semi platform and makes a monster adventure vehicle out of it.

More about the Tesla Truck 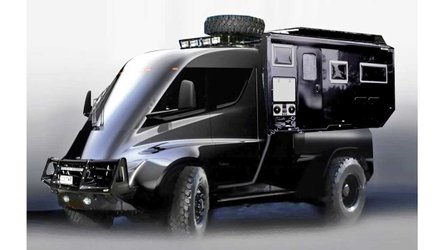 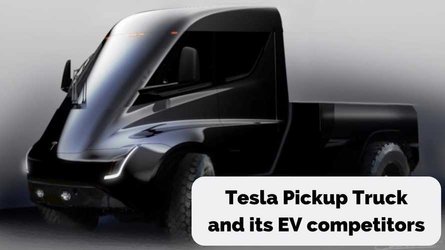 Let's Look At The Tesla Pickup Truck & Its Electric Competition

The original tweet (embedded below) comes from the account of EV.network, whose website says they are "...completely rebranding and building something amazing." It seems to be inspired by the image Tesla itself splashed on the big screen at its Semi reveal event. EV.network later followed it up with a slightly modified version, which we've also embedded below.

The render then inspired the posting of a couple more fun images (both below). One is a Semi-ambulance, while the other uses the Model X as the basis for the California automaker's pickup. Apparently, this latter image was created as an April Fool's joke by the same person who rendered the truck at the top of this post.

Of course, all these flights of fancy are likely far from what we will see when Tesla does finally unveil the pickup it's been working on. Though public information about the actual vehicle is pretty slim, CEO Elon Musk has said he's very excited about it. So far, he's only shared that it will have Dual Motors, its suspension will dynamically adjust for load, and it will have 240-volt outlets to plug in heavy-duty equipment. Also, it will have a 400-to-500-mile battery option. These all seem pretty natural features for the vehicle and we can only imagine it's got many more.

Musk has said they will build the Truck after Model Y, but we hope its initial design is revealed along at that crossover's debut event in March.

My take on the #Tesla Pickup truck. What do you think? @elonmusk @Tesla @Teslarati @Model3Owners #ModelS #ModelX #Model3 pic.twitter.com/iWPeM87nhy

My April Fools joke from 2017 is more “regular” pic.twitter.com/BbKxdYMmT0