Probably not coming to U.S.

***UPDATE: Audi has confirmed that it will produce the 2019 L e-tron with its Chinese partner FAW (First Automotive Works), calling it the "first electric car tailored for Chinese customers." No mention was made about whether it would be offered in other markets as well.

The Audi e-tron SUV just made its official debut in September and the automaker will follow that shortly with the reveal of its e-tron GT sedan at the upcoming Los Angeles Auto Show. With a pipeline product promising 12 all-electric vehicles by 2025, it's probably no surprise that spy shots have appeared of yet another battery-powered Audi. This one — supposedly called the Q2 e-tron — may not make it to America, though. 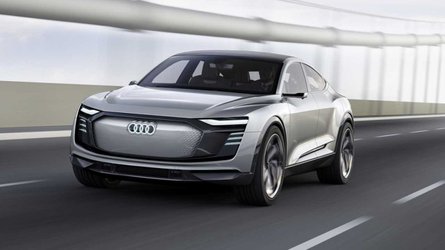 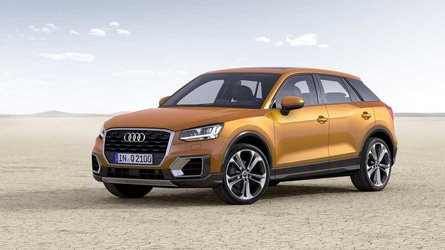 Spotted testing in Germany, the camo'd crossover has a noticeably different fascia than its gas-powered Q2 counterpart, which is not sold in the U.S. Despite still wearing Audi's huge signature grill, much of it is sealed, since EVs need less frontal air flow for cooling and the more solid front is better for aerodynamics. If you check out the closeup of the front end in the gallery (below), you may notice what seems to be a set of daylight running lights (DRL), which we imagine would be LED units.

Around back there is no telltale tailpipe, natch. Instead, we see a rather nondescript rear with only a downwardly-angled roof spoiler to distinguish it. It is slightly interesting to see how the tail lights seemingly cut into the back hatch, though if raised we imagine the fragile lenses are safely surrounded by metal.

Perhaps more interesting is the roof. While it may just be covered with camo for consistency's sake, we're mulling whether it might be hiding some solar cells up there. Although they wouldn't, of course, be able to supply much of the car's drivetrain energy needs, they could lend the climate system a hand by powering fans to cool the cabin.

While we wait for official word about this model, we suspect that it will be, as early rumors mentioned, intended for the Chinese market. If Audi can strike the right balance of price and ability, we can only hope it will make it to other price-sensitive markets as well.