The hype is real!

The Rivian R1T all-electric pickup truck really shocked the world at its debut. We just can't get enough of it, so we were happy to see the Alex from the Alex on Autos YouTube channel spending some time with it. As you can see in the footage above, he manages to find features that have escaped the eyes of many. 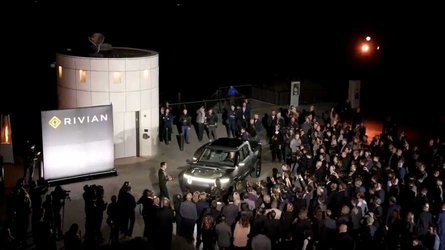 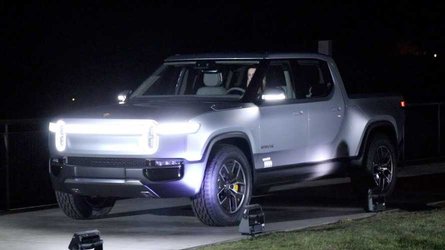 Rivian R1T Up-Close And In-Depth: Everything You Need To Know

Like ourselves, Alex is super-impressed by the truck. So much so that he actually put his money where his mouth is, placing a $1,000 deposit on it. Though the 7 minutes he spends on his walkaround here is short — there's even a bit of footage of the company's R1S SUV near the end — he helps put the vehicle size and timeline into perspective.

Not unlike Tesla, the company plans on building its highest spec version, the one with the 180-kWh battery, first. Alex says that should happen in the next 18 to 24 months, so look for first deliveries to happen closer to the end of 2020 than the beginning. The base $69,000, 105-kWh R1T, he says, will follow afterward, but doesn't give a specific time target.

Speaking of deposits, we wonder if any of our readers have made that sort of financial commitment yet. Let us know in Comments if you have, and of course, fill us in on your plans in the Rivian section of the InsideEVs Forum. Enjoy!

Looking for a rugged pickup truck with a plug? Rivian has an R1T for that, well, they will sometime in 2020... Aside from the long lead here there's a great deal to be excited about.

The truck is about the size of the Chevy Colorado, but power figures are more like Dodge's muscle car lineup. You'll get 402 HP in the base model and top trims will get your choice of 700 horsepower and the biggest battery or 754 HP with the mid-level high-performance battery.

The big-boy model should scoot this nearly three-ton truck from 0-60 in 3 seconds. Range? Up to 400 miles if you get the big battery. Onboard charging is courtesy of an 11 kW charger and it'll support the latest SAE fast charge standard for up to a 160 kW fast-jolt giving you 355 miles of range after an hour at the charger. The only problem? It's 18-24 months away...