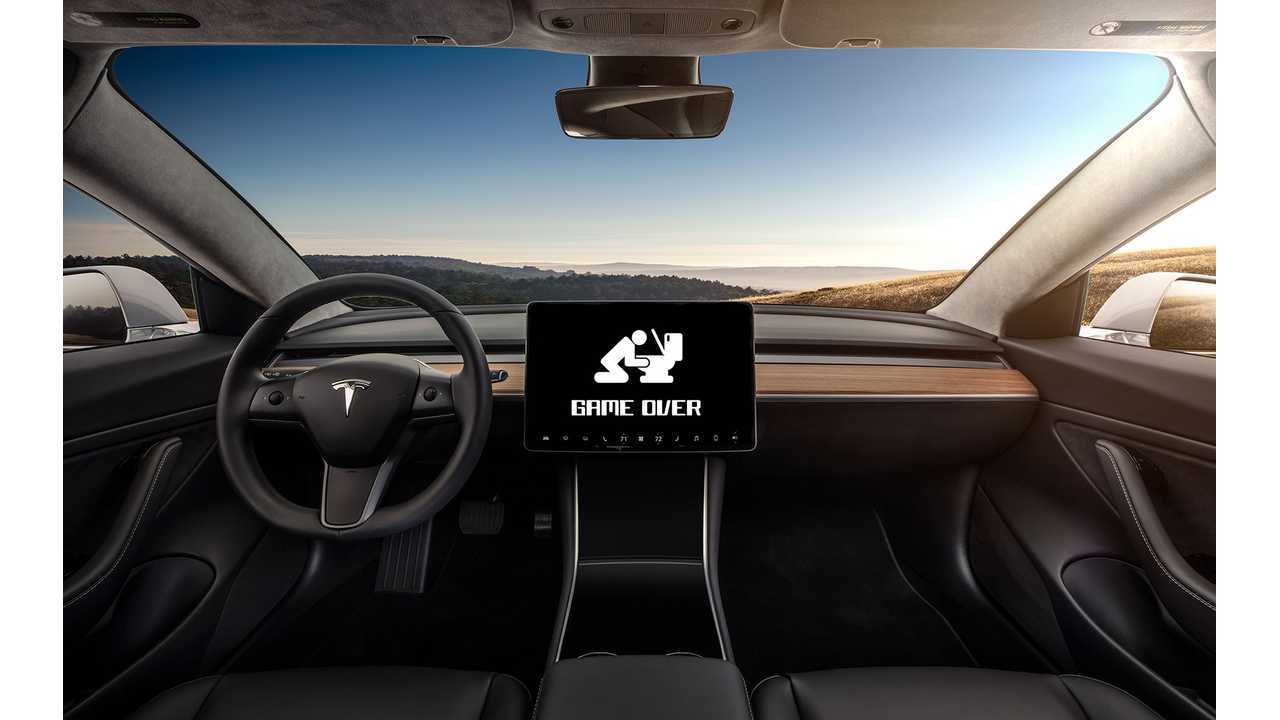 Tesla is adding toilet humor to its cars. No joke. That is to say, we're not kidding. CEO Elon Musk announced in a tweet today (embedded below) the inclusion of a couple new upcoming Easter eggs for the all-electric vehicles, along with a number of unnamed new games.

While we can only imagine the crappy jokes will be relatively inoffensive and kid-friendly since, after all, kids are the main purveyors of toilet talk. Having five sons of his own, Musk is probably flush with wisecracks. Yes, all puns intended.

To perhaps balance things out, it is also adding something called "Romance Mode." No details have been released but if it doesn't include a selection of Barry White tunes (ask your granddad) and a full-screen flickering fireplace, we'll be disappointed. We are pretty certain this particular mode will only be available when parked. No word yet on whether this could also be combined with camping mode, but we'll let you know when more details arrive.

We also can't say which games are to be added. Musk did make it clear that Nintendo's Mario Kart would not be one of them as the video game company rebuffed Tesla's request to license the software (Tesla owners can register their displeasure here). Currently, the cars offer ported versions of Asteroids, Centipede, Lunar Lander, and Missile Command.

The new additions are meant to help Tesla live up to Musk's vision that the company's vehicles are "the most fun you could possibly have in a car." We choose to bite our tongues on how "Romance Mode" advances this, but we're certain there will be a number of entertaining videos forthcoming. Hopefully, they won't all be NSFW.