Portuguese E-Supermoto Is A Beast In Disguise 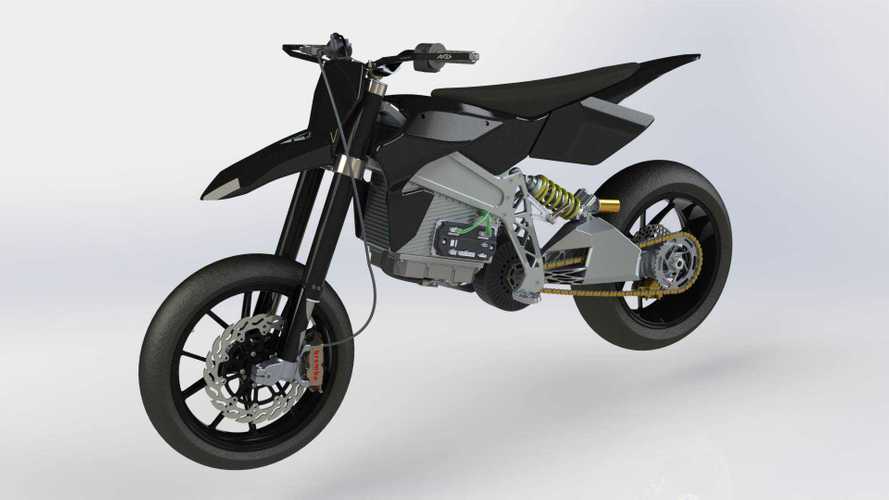 They say don't judge a book by its cover.

Axiis is a Portuguese company that specializes in machined metal components such as motorcycle footpegs and lighting. Though the name might not sound familiar at the moment, it’s about to get a lot more visibility: looks like the company won’t stick to footpegs for much longer. Its name could soon join the list of electric motorcycle manufacturers with the introduction of the Axiis Liion Electric Supermoto and the Portuguese mean business!

The Liion is still only a concept at this point, but Axiis has already revealed its estimated specs and they’re not fooling around. The all-electric supermoto is expected to produce as much as 134 horsepower in peak power and 177 lb-ft of torque. The Liion’s top speed is limited to 124 mph, powered by a 11.7 kWh battery.

Axiis’ background in machining has provided the team with the necessary experience to design an aluminum bilateral beam frame and a single-block, weld-free, machined aluminum swingarm which contributes to keeping the weight of the vehicle low at a tiny 295 lb.

With a name already well established in the field of enduro motorcycles components, it is no big surprise that the company opted for an off-roading silhouette for its first bike. It even took to its Facebook page to ask its followers for their opinion and feedback on the different renders they had come up with, gathering precious insight from what potential customers might want to see.

“The Axiis Liion is the result of several months of work. When we founded Axiis, we did it with the goal of building a trusted brand in the motorcycle world that could later allow us to fulfill our biggest dream: build and commercialize a supermoto,” the Axiis team wrote.

If the Liion makes it to production, it will undoubtedly provide enduro competitors with a new option to consider, just like Alta Motors did when it christened the Redshift EXR at the Erzberg Rodeo last spring.