From the time the Audi e-tron GT was unveiled in a sneak peak on Monday, journalists at the 2018 LA Auto Show have been trying to solve the puzzle of its design. Is it a muscular, low-to-the-ground electric A7 with wide hips and an R8 roofline? Is it merely an Audi version of the upcoming Porsche Taycan electric supercar? Or do the seductive lines of the Audi e-tron GT contain a deeper message about the brand’s electric intentions? 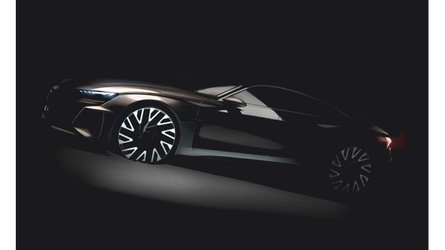 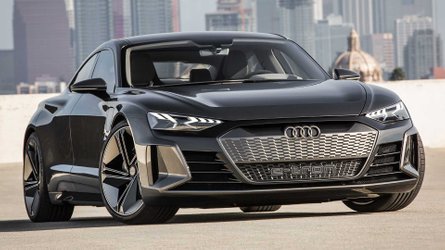 Audi E-Tron GT Versus Tesla Model S: By The Numbers

The answer is all of the above. There’s no doubt that Audi designers were trying to make a familiar four-passenger Audi sports sedan that just happens to be electric, rather than a futuristic battery-powered concept that shouts EV. “You might think it’s conservative, but I think it’s perfect,” said Marc Lichte, Audi’s chief designer from the LA auto show floor. “We’ve seen how more advanced cars can look strange and they’re not successful.”

Lichte praised the Tesla Model S, which he said follows more traditional notions of automotive aesthetics. At the same, he said that Tesla started with a clean, white sheet of paper. “But we at Audi have a history with millions of customers driving our cars,” said Lichte. “We needed to link design with our history.”

Audi designer Marc Lichte gave a sneak peak of the Audi e-tron GT on the eve of the 2018 LA Auto Show.

From my perspective, it’s a winning move. Audi’s all-electric GT should capture the attention of brand enthusiasts who love classic Audi design (and don’t necessarily care about a transition to clean electric fuel or saving the planet).

Audi’s approach to rolling out EVs is to start with the Audi e-tron SUV and its sportback variant – battery-powered vehicles targeted at the heart of the ultra-popular crossover segment. Those two vehicles, which are due next year, don’t use a lot of razzle-dazzle. Audi will also introduce an even more accessible crossover using the Volkswagen dedicated MEB electric platform in 2020. That makes three out of the four Audi EVs coming in the next two years.

But the e-tron brand will not consist only of SUVs, which designer Lichte said are relatively easy to package with a big battery pack. “We have a clear strategy to make an electric family with two types of vehicles –  first SUVs and then a second range of halo cars that are sporty and have a low floor,” he said. The e-tron GT gets as low to the ground as possible by creating cut-outs in the battery packaging to make room for passengers’ feet.

It’s fascinating to watch Audi, step by step, add battery-powered vehicles throughout its lineup. The company says 30 percent of its sales will be electric vehicles by 2025. So it makes sense to bring some of Audi’s sports car heritage into the mix. Hence the e-tron GT, the fourth Audi EV moving into production. Initial deliveries are expected in early 2021.

The e-tron GT concept doesn’t just borrow the Porsche Taycan’s J1 architecture. It shares it. The key for this architecture is its ability to provide 800-volt ultra-fast charging in which 200-plus miles of range can be added in a 20-minute highway pit stop. That’s game-changing stuff. So let’s not get too hung up yet on the exact shape, features, or potential price tag of the e-tron GT because it’s only the first vehicle with an Audi badge that will showcase this fast-charging, road trip-enabling capability. (And it’s still two years away.)

Audi hinted to me that the e-tron GT is a stepping stone toward more EV sedans – perhaps conventional-looking battery-powered A7 or A5  using the same long-distance, fast-charging capabilities as the e-tron GT. Those forward-looking models will use the next iteration of Audi/Porsche EV architecture known as Premium Platform Electric (PPE).  Audi says that PPE will become the electric foundation for all high-volume vehicle segments.

Matthew Mostafaei, e-tron vehicle manager, told me that the Taycan’s J1 system was used in the GT unveiled in LA to keep the e-tron program moving forward while PPE is still being developed. The J1 architecture represents the first time that Porsche is taking the lead on a technology platform shared by the two brands. Audi developed the e-tron GT’s suspension and drive dynamics, as well as the exterior and interior design.

The ability to charge at speeds that are two to three times as fast as a Tesla Supercharger requires a different battery design and a novel way to cool the battery pack by drawing heat out of the system. “We doubled the number of cells in series to enable the super fast charging,” said Mostafaei. The fast-charging stations being deployed Electrify America, a subsidiary of Volkswagen, will use liquid-cooled cables also to help manage the heat.

In Los Angeles, Audi officials repeatedly referred to the e-tron GT’s battery pack as storing 95 kilowatt-hours even though the press release vaguely reads, “more than 90 kWh.” That should be enough to provide close to 300 miles of driving range, although the official press release pegs the range at 400 kilometers (or about 250 miles) using the WLTP standard. The announcement also likely underplays the GT’s zero-to-60-mph performance at 3.5 seconds.

Controlling heat on the underside of the car was the reason given for the e-tron GT’s most dramatic design innovation: the RS-inspired honeycomb faux grille. Andreas Mindt, an Audi exterior designer, persuaded me that it’s a myth that EVs don’t need grilles like conventional vehicles. Yes, a big section of what appears to be a grille on the GT’s front fascia is closed off. “There's an opening below the faux grille that allows air to flow through the chiller that cools the liquid that in turn cools the battery,” said Mostafaei. “It acts like a radiator."

The two front intakes on each side of the grille channel air directly around the wheels. And in the middle, the air travels from the road up through the hood for better aerodynamics – something that the Jaguar I-Pace does more overtly. It’s hard to say how much these design features help to manage the temperature of the battery or reduce drag. But they are more attractive to me than, for example, the blunt front end of the Hyundai Kona Electric and Tesla Model 3.

If those design features only add incremental gains, that’s okay. Good design and engineering is a game of inches. You might also excuse Audi’s use of vegan interior materials as playful touches that give Audi a chance to grab a little green cred. What seems cooler and more helpful is putting a Level 2 charging port on both sides of the car for easier access.

Faux Grille or No Grille?

Audi head designer Lichte repeatdely emphasized the importance of the e-tron GT’s single-frame fascia. It houses the grille, which uses the same color as the vehicle’s body while surrounding it on both sides in a darker hue. That’s a reversal from Audi’s usual design treatment. Not only does it look sharp look but it will help disguise the placement of cameras, radar, and lidar used in the production version of the e-tron GT. Mostafaei told me that those sensors are being used to more accurately gauge vehicle speed and thereby recognize and correct slippage in, for example, rough or snowy driving conditions. “We use all the sensors on the vehicle to determine the speed rather than individual wheel-speed sensors to determine slip,” said Mostafaei.

The deceptively useful front fascia is a good example of how there’s a lot more going on with the e-tron GT concept than meets the eye. While we’re all busy trying to decipher if the electric GT’s hips are like an Audi TT or the roofline swoops down like an R8, Audi is more focused on how to push the pace of change towards EV powertrains, ultra-fast battery charging, and increasing levels of autonomy. And at the same time, by the way, they managed to produce the most handsome electric vehicle since the Tesla Model S.

Volume production of the e-tron GT starts in late 2020. Audi says the GT’s price, not yet announced, will be “competitive.”