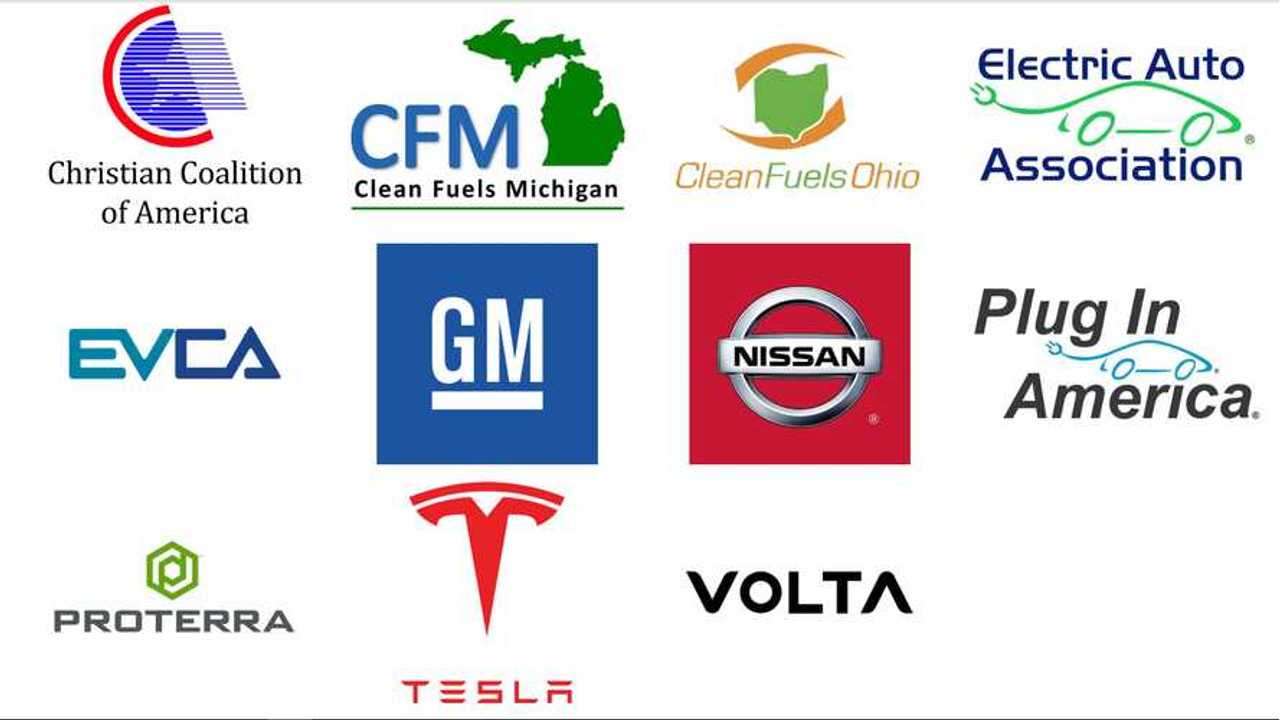 Come together, right now, for EVs.

Getting the various manufacturers of electric vehicles to agree on something has, in the past, been challenging. A single high-speed charging standard springs to mind. Now, though, it seems there has been a joining of hands on the issue of the federal tax credit. Tesla, GM, Nissan, and a number of other companies and organizations have come together to form the EV Drive Coalition in an effort to reform the electric vehicle tax credit program.

Started when President George W. Bush signed the Energy Improvement and Extension Act of 2008 into law (as part of the more sweeping Emergency Economic Stabilization Act of 2008), the legislation currently gives electric vehicle buyers a tax credit of $7,500. After a manufacturer sells 200,000 vehicles eligible for the program, a phase-out stage reduces the credit amount by half, and then half again, before finally ending altogether.

Tesla has now reached that 200,000-vehicle threshold, and GM is quickly approaching it. To help electric vehicle uptake keep (and hopefully improve) its momentum, the program needs some changes. This is, as you probably have imagined, where the EV Drive Coalition comes in.

According to a press release (below, in full) issued today by the new group, it wants to build on the success of the program by removing the 200,000-vehicle cap. We, of course, wish them good luck with their mission. And while we wonder just what kind of reception the effort will receive from the current Congress, we know there are at least some elected officials they should be able to get on their side.

Washington, D.C. (November 13, 2018) – The EV Drive Coalition, a broad coalition with a focused goal to reform the federal electric vehicle (EV) tax credit, today announced its official launch as Congress convenes for its lame duck session. The EV Drive Coalition brings together a diverse group of industry, consumer and environmental stakeholders with a single unifying mission: encourage passage of legislation reforming the federal electric vehicle tax credit to ensure that it works better for more consumers for a longer time frame and spurs increased growth of the U.S. EV market.

The original electric vehicle tax credit, which goes directly to consumers not manufacturers, catalyzed the market, increased consumer awareness and grew a nascent industry. To promote continued market growth and stabilization, members of the EV Drive Coalition are advocating for reform to lift the current cap on the number of consumers who can take advantage of the credit through each manufacturer.

“Arbitrary constraints with the federal credit limit consumer options and make it harder for consumers to purchase the cars they want,” explains Joel Levin, Executive Director of Plug In America. “Lifting the cap would create a more level playing field for all manufacturers, giving consumers the freedom to decide which car they want in a free and fair market. Increased competition spurs more American innovation and technology”

“A federal tax credit to help make electric vehicles more affordable for all consumers is integral to reaching a zero emissions future and establishing the U.S. as the leader in electrification,” said Dan Turton, Vice President, Public Policy at General Motors North America. “We feel that the tax credit should be modified so all customers continue to receive the full benefit going forward.”

“A reformed tax credit will affect more than those who purchase electric vehicles,” reassured Janet Peace, Senior Vice President at Center for Climate and Energy Solutions. “While a mature EV market will be a boon to the American economy, it will also play a major role in reducing greenhouse gas emissions, a significant contributor to climate change. This would be a win for consumers, for the economy and the for environment.”

“We’ve been able to make tremendous strides in the underlying technology of electric vehicles. The battery power and the range have improved significantly over the last few years. With every new advancement, we get closer to becoming an economically sustainable market. However, we’re not there yet, and keeping the cap will have a negative impact on a sustainable U.S. electric vehicle market,” explained coalition spokesperson Trevor Francis.

This is an urgent issue. Choosing not to reform the tax credit will severely hinder America’s ability to compete in a global market. “At that point, it wouldn’t be just an automotive issue. As it stands now, electric vehicles are responsible for nearly 300,000 jobs. This is a jobs issue and an economic issue in addition to a consumer issue,” emphasized Francis.

A reformed electric vehicle tax credit will ensure the domestic manufacturing, infrastructure and market of electric vehicles continues to grow. Electric vehicles are the way forward and the EV Drive Coalition will work to ensure a flourishing, mature and cost-competitive U.S. EV market. To learn more about the coalition, its members, its mission and the proposed legislation, visit