Watch BMW i8 Smash Into A Light Pole

All we can really say here is whoops and this BMW i8 owner is in for a huge repair bill.

We can also say that due to there being few BMW i8 vehicles on the road, and most people likely using them in a limited fashion, there aren't a ton of i8 crashes out there, at least that we know of. With that being said, we can't even imagine the repair bill from BMW. But hey, those that can afford this ridiculous car can likely afford to have it fixed, right? Maybe or maybe not. Yea, we honestly have no idea of the damage and the cost thereof.

More On The Unique BMW i8: 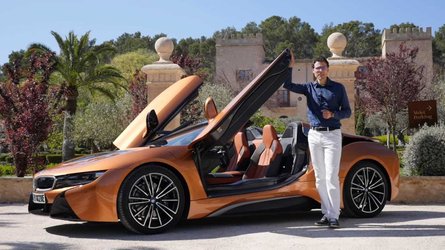 BMW i8 Roadster Tested By The Autogefühl - Video 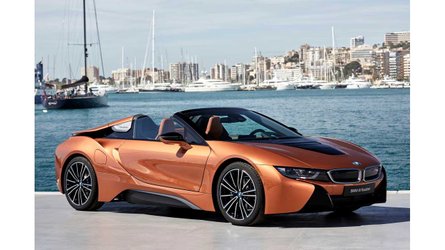 This lady must have mixed up the accelerator and the brake (although we don't know that for sure). Anyhow, as shown on CCTV, she backs into a light pole at a pretty aggresive clip. Whoops! Of course, she's clearly upset by the situation, but she's probably not so aware that this is going to put a huge dent in her wallet.

The i8's carbon-fiber cockpit and build structure make it an outlier when it comes to vehicle construction. This being said, the repairs will be exorbitant. On top of that, this BMW i8 Coupe already set her back a minimum of $147,500.

That is not going to be cheap! - Woman wrecks BMW i8

Video footage of a woman crashing a BMW i8 into a pole when she tried to reverse out of a driveway is making the rounds on social media. The clearly distraught woman exits the car and stares at the damage in disbelief as onlookers try to comfort her. The timestamp on the CCTV footage shows that the incident took place on November 5 2018.