Tennis Star Talks About His Own Jaguar I-Pace 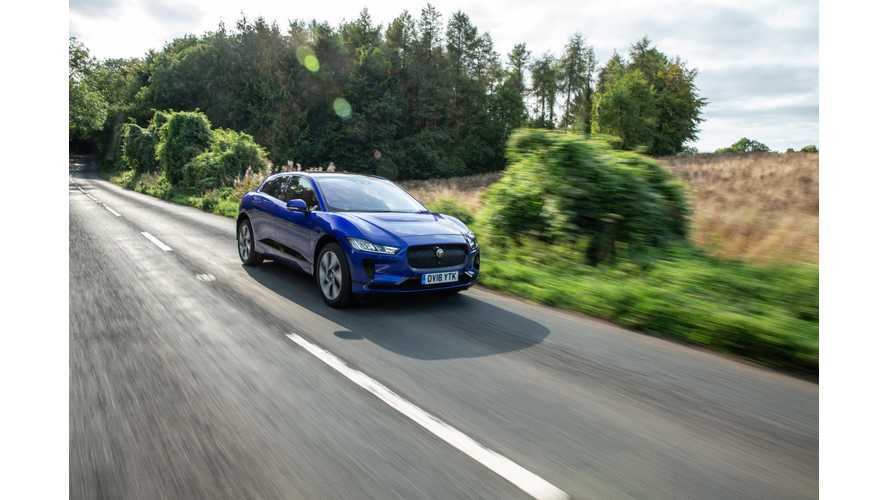 Former Wimbledon champion Andy Murray talks about cars, but most importantly, he shares about his new Jaguar I-Pace.

Auto Express recently interviewed tennis great Andy Murray about cars in general. The publication asks about his first car, his competitive nature, his experience with driving in general, and his opinions about electric vehicles. However, the most important aspect of the interview centers around Murray's dive into all-electric driving and his brand-new Jaguar I-Pace. This makes perfect sense since Auto Express chose the I-Pace as its 2018 Car of the Year.

According to Auto Express (AE), the I-Pace earns its coveted honor this year because it's packed with state-of-the-art tech features and it's desirable and fun to drive. The I-Pace also gets points for coming to market ahead of major competition from Mercedes and BMW. Still, AE admits that the I-Pace is an underdog. While it has received a ton of positive reviews, it's still not the world's most popular electric SUV. Likewise, Andy Murray has experienced being an underdog himself. At any rate, how does this tennis star feel about EVs, charging, and most of all, his personal I-Pace?

AE points out that Jaguar took the public by surprise with its launch of the I-Pace. This is especially true since the small company doesn't stand up to the likes of big German automakers. So, the question here is whether or not the Jag's underdog status is something that attracted Murray to the vehicle. Murray shares:

For sure. In terms of my own career that’s been the case for quite a large part of it, because of the people I’ve been competing against; some of the best players ever. Jaguar is a great British brand and has changed a lot since I was young. It’s making modern, younger cars, like the electric cars – one of the first big companies to do it – and the I-Pace is great to drive.

Murray previously owned a Jaguar F-Pace. He says the most obvious difference between the vehicles is the sound (since the I-Pace is virtually silent). Similarly, it provides a shockingly smooth ride. Though the I-Pace is often called out for not being a true SUV, Murray claims that he can fit everything he needs in the crossover, including his family of four. In addition, he's happy with the car's 270-mile range.

AE asks about the public charging situation. Murray admits that he only used such a charger once. He is honest to say that it takes longer than gassing up, and had he planned better, he wouldn't have had to rely on charging on the road. But, since then, he regularly plugs the crossover in at home, and he's all set to go for the day ahead.

InsideEVs spent a few days driving the I-Pace throughout Portugal. We have said and will continue to say that this is a fantastic car. It may not have quite the range or efficiency of Tesla's vehicles, but it offers plenty of electric miles, boasts aggressive and appealing styling, is roomy and versatile, and can tackle off-road situations like that of a Land Rover. We're proud of Jaguar for its early entrant and for its future plans in the space.

Gallery: Tennis Star Talks About His Own Jaguar I-Pace