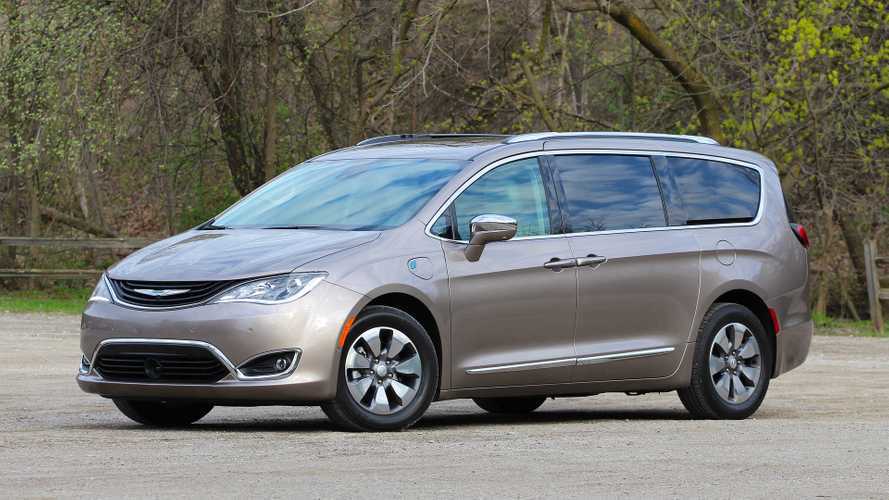 The question of why the Chrysler Pacifica Hybrid isn't far and away the sales leader in the minivan segment often crosses our minds here at InsideEVs. At first blush, it looks pretty close to first place as it's beat out only by its Dodge Grand Caravan cousin. But, once you separate the hybrid out from the non-hybrid version, the chasm is seriously wide. In October, the non-hybrid sold approximately 8,654 copies in the U.S. while our Plug-In Sales Scorecard reflects only 623 units for the Hybrid. Disappointing.

Love for the Pacifica Hybrid isn’t limited to us — a site dedicated to plug-in vehicles — either. CNBC has just posted a review and its praise is notable. They call it "the best family car you can buy." So, what do they like about it?

First up is efficiency. Of course! On a trip hundreds of miles in length, packed with people and luggage (and no charge in the battery to begin), the plug-in hybrid returned a sweet 29 miles per gallon. Had it been properly plugged in and prepared before the journey, the EPA says it may have well conducted the first 33 miles using only electricity, which would have pushed that mileage number comfortably into the 30's.

Next on their list of good things is the space: it's got a lot. According to CNBC (forgetting the non-hybrid version of the Pacifica, which has Chrysler's famous "Stow 'N Go" seats that disappear into the floor ), to get more room you'd have to move up to either the Chevy Suburban or Ford Excursion Max. Both of those internal-combustion powered monsters have a starting price north of $50,000 and EPA-rated combined fuel consumption of 19 mpg.

For that money, you could fully option out the Pacifica Hybrid and have money left over to take a small vacation. And that's before you even consider the $7,500 tax credit this minivan qualifies for.

CNBC was also impressed with the various tech features. The Harman/Kardon stereo, the touchscreens in back to keep passengers preoccupied, the UConnect infotainment system...the list is seriously long.

Their list of things they didn't like is seriously short. Besides the lack of "Stow 'N Go," they didn't like the implementation of the gear selector, which is a dial-type device that's all too close to the stereo volume. A single strike against an interior it calls "...the most pleasant minivan interior out there."

Taking everything into account, it seems the biggest competitor to the Pacifica Hybrid is its non-hybrid version. Besides a little extra space, there is a significant $13,000 price gap between the two. However, if you qualify for the $7,500 tax credit and can take advantage of the $1,000 "Conquest Bonus Cash" reduction the automaker is currently offering, the difference is only $4,500. If your state has an incentive program, the numbers can get close enough to make the Hybrid the preferred choice.