One Key Way In Which 2019 BMW i3 Is Seriously Underrated 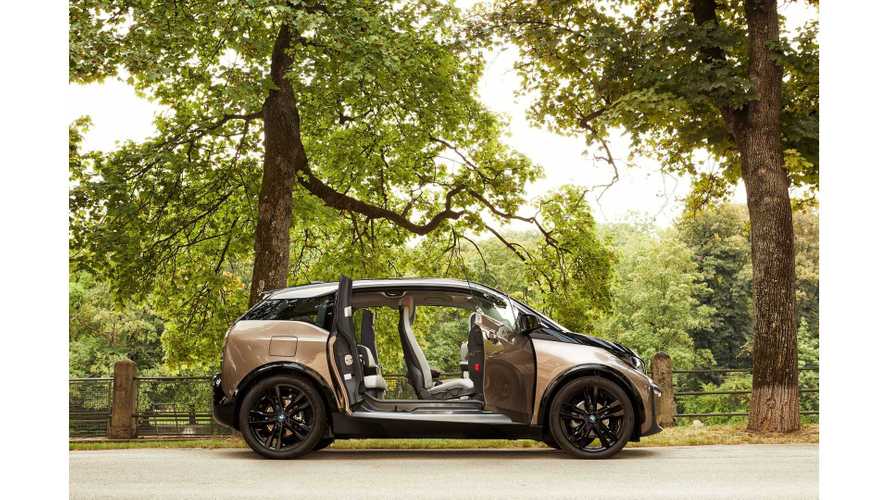 Still needs to become a better value to revive sales.

The BMW i3 remains a controversial car years after it first went into production. Its exterior styling is polarizing (this writer likes it) and the $44,450 starting price for the all-electric version — the version with the range extender starts at $48,300 in the U.S. — is a bit of an ask for a car with only a 33.2 kWh battery and 114 miles of EPA-rated range. Still, Slash Gear thinks at least one aspect of it is underrated.

For the publication, the i3's sustaining allure comes down to its award-winning cabin. Noting its rear suicide doors and lack of a B-pillar, it says even entering the car is easier than most others. Once inside, everything is a refreshing change from the interiors of competitors. The choice of materials is rather unique, what with recycled plastics being used in the cloth covering the seats, leather tanned using oil leaves, and the inclusion of things like hemp and kenaf. And then there's the dash.

It was, especially when it was first introduced, a huge departure from tradition. The wood dashboard flows across its top, echoing a Scandinavian aesthetic while its two screens float in negative space. It is, to many, extremely attractive. But, is it enough.

Historical sales numbers would suggest, coldly, that it is not. Having hit all-time highs of 11,024 units in 2015, its U.S. sales have eroded despite it gaining a bigger battery and other improvements over that time. It's not out of the game yet, of course. It still finds a home with an average of 500 families a month now in 2018, and next year's larger 42.2 kWh battery (which we hear started production today and will probably return somewhere 153 miles of EPA-rated range) should help its value proposition if the price doesn't creep upward too much.

It's clear, though, that without a complete rethink and makeover, it will continue to be dominated by the Tesla Model 3 in the market. That mid-size sedan also features a minimalistic interior and offers a lot more miles of range per purchase dollar. The fact that the California car is on track to sell as many as 14 times the number of units in the U.S. is telling.

Still, we are glad the i3 exists and that there is a choice for those who, for whatever reason, prefer it over the competition. We only hope the brand continues to bring this sort of freshness and design verve to its future electric vehicles.

Gallery: One Key Way In Which 2019 BMW i3 Is Seriously Underrated