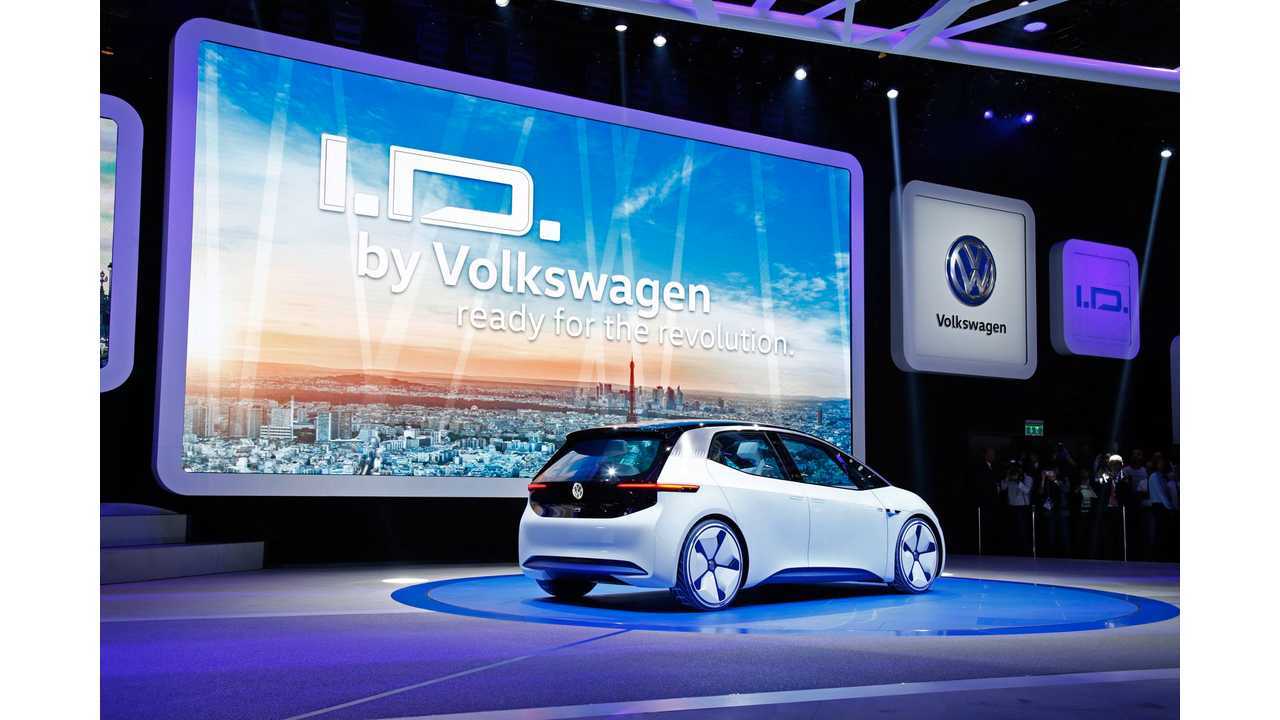 Volkswagen's CEO Herbert Diess said that the company will help electric cars go mainstream using its new MEB platform, which is developed for the mass market.

***UPDATE: VW has confirmed that Diess overstated the goal:

Currently, Volkswagen is at #8 among automotive groups, at a volume 2.5-times lower than Tesla in regards to plug-in electric vehicle production, but Diess believes that will change.

The new MEB platform is expected to lower the price of EVs by 40%, while at the same time doubling the range and increasing interior space.

"We will be aggressive on the pricing. We will be much lower than Tesla, but we have all the huge economies of scale and the car is specifically designed now."

Another strong point for VW is that they are big in China, which accounts for about half of the global plug-in car market.

With several mainstream brands around the world and production plants all over the globe, as well as placed orders for batteries from CATL, LG Chem and Samsung SDI, Volkswagen feels confident that it will be the automaker to take electric vehicles mainstream.