Opel Is On Track To Be Sustainably Profitable, Electric & Global 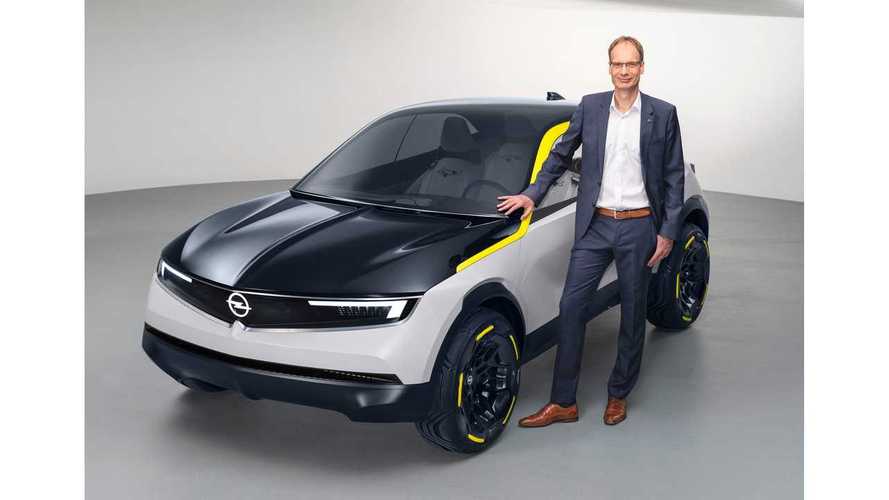 According to the latest report, the company was able to achieve a profit of €502 million ($565 million) in the first six months of 2018. We wonder why GM wasn't able to profit on Opel?

Opel's strategy is to gradually switch to electric cars and sell cars globally. The brand will remain German in its character (just like Vauxhall will stay British) - “We will continue to clearly differentiate ourselves from our French sister brands,”.

The first two plug-ins from Opel (Vauxhall in UK) are to be all-electric Corsa and Grandland X PHEV, based on the new PSA's platforms. 4 plug-ins will be introduced by 2020.

By 2024, all Opel/Vauxhall passenger cars on the market will have all-electric or plug-in hybrid versions.

Rüsselsheim.  Opel/Vauxhall is back on course one year after presenting the PACE! strategic plan. “PACE! works! Opel will be sustainably profitable, electric and global. This is something every employee can be proud of. We have managed to reorganise ourselves in the last twelve months and changed our mindset. We posted a profit of €502 million in the first six months of 2018 and we are continuing to work hard on our success,” emphasised Opel CEO Michael Lohscheller.

One important lever for the sustainable economic success is the improved competitiveness in all areas of the company. Opel managed to cut its fixed costs by 28 percent in the first half of the year. Extensive agreements on the improvement of competitiveness were signed with the social partners at all sites. This enabled a significant improvement of the labour costs-to-revenue ratio. The company also delivered on its promise to streamline its senior management: such management positions were cut by a quarter over the course of the last year. Opel clearly stands by its goal of avoiding plant closures. Investments are being made in the various sites and multiple plants have already received new product allocations.

Opel is also increasingly benefitting from the integration into the Groupe PSA. Vehicles based on the shared Multi Energy Platforms are up to 50 percent more cost efficient in development while at the same time improving quality. Extensive synergies are also being achieved in numerous other areas of the company – such as by the creation of integrated sales structures in many European countries, as well as global functions.

In the meantime, the Rüsselsheim Engineering Center has strengthened its position at the core of the Groupe PSA R&D network: In addition to 15 centers of competence with global responsibility (including seats, fuel cells and advanced driver assistance systems) for the entire group, the Rüsselsheim-based engineers also have the lead for the development of light commercial vehicles and a new family of four-cylinder petrol engines. As per forecasted overcapacities going forward due to the decline in third-party assignments, Opel has also announced plans for a strategic partnership with Segula Technologies to safeguard qualified jobs in Rüsselsheim and Dudenhofen. Up to 2,000 Opel employees would join the engineering service provider. The agreed protection against dismissal until July 2023 would remain in place.

CO2 target will be met thanks to increasing level of electrification

Having access to the sophisticated Groupe PSA platforms and propulsion technologies is the foundation for the extensive electrification of the Opel portfolio. Four vehicles will already be electrified in 2020. This includes the new Corsa in a pure battery electric variant, along with the Grandland X PHEV – Opel’s first plug-in hybrid. These vehicles are integral components of Opel’s product offensive:

The company will bring a total of eight new models to market in the next two years. There will be an electric version of every Opel model in 2024 already. “This offensive will strongly contribute to meeting the strict CO2 limits set by the EU,” said Lohscheller. Charging infrastructure is a key enabler for the development of electrification. Therefore, Opel will contribute to a charging infrastructure project at the company’s headquarters together with partners such as the city of Rüsselsheim.

A further key pillar of the PACE! strategic plan is a further strengthening of the brand as well as a clear focus on profitable segments, channel mix and markets. Opel is already giving a preview of the brand image and the design philosophy of the future with the GT X Experimental. Opel will stand even more for the values German, approachable and exciting going forward. “Opel will stay German, Vauxhall will stay British. We will continue to clearly differentiate ourselves from our French sister brands,” added Lohscheller. First concrete results of the strengthened brand are already visible: Apart from a significantly improved sales channel mix, it was especially the enhanced pricing power that drove the good financial result in the first six months of 2018. Furthermore, customer loyalty has been improved considerably compared to 2016.

Elsewhere, Opel is attacking the profitable light commercial vehicle segment with more vigour than ever before. In the mid-term, the company wants to increase its market to the same level as that in the passenger car segment. This will be made possible by improvements to the dealer contracts (every Opel dealer can now also sell light commercial vehicles) and a completely renewed portfolio. The recently launched new Opel Combo immediately managed to win the prestigious “International Van of the Year” award. Opel has already taken 25,000 orders since the order books opened in mid-September. This means the company has already taken more orders for the new Combo than it had registrations for the predecessor from across Europe in the full year 2017. Furthermore, the all-new Opel Vivaro will be launched in 2019.

The offensive on non-European export markets is also gaining momentum. New contracts have been signed with strong importers to grow in many countries such as Morocco, Tunisia or South Africa. Already in the course of this month, Opel will start assembly of the Grandland X for the African market in a new plant in Namibia. For the first time, an extensive full service leasing offer – under the roof of the Groupe PSA mobility brand Free2Move – was also launched in the European markets in recent weeks. This will also add further important growth stimulus.

Michael Lohscheller continues to emphasise that the implementation of PACE! remains the highest priority for the entire organisation. “We will continue to put all our efforts into PACE! and we will be sustainably successful as a German brand.”