Sales of plug-in electric cars in France increased in October by 27.7% to 4,630 registrations thanks to higher demand for all-electric models, as plug-in hybrids did see a small step backward.

Market share of passenger plug-ins amounted to nearly 2.2%, which means that every 50th car sold is rechargeable.

In total, over 36,000 plug-ins were sold in France over the first 10 months of 2018, which doesn't translate to high growth compared to a year ago (just several percent). 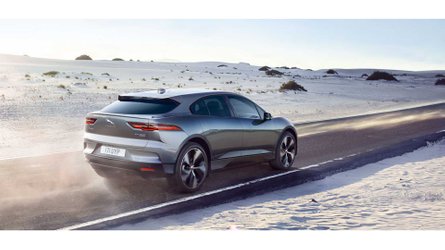 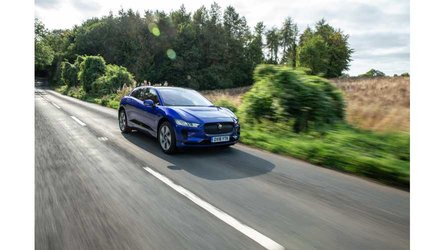 Renault ZOE, with strong 1,745 registrations (up 125%) was, of course, the best-selling EV, but also took 61% of the all-electric passenger market, followed by the Nissan LEAF at 410. Other models are far away as the third best - smart fortwo electric - reached just 108 registrations. We could even say that ZOE in France outdistanced other EVs over the years like the Tesla Model 3 did recently in the U.S. 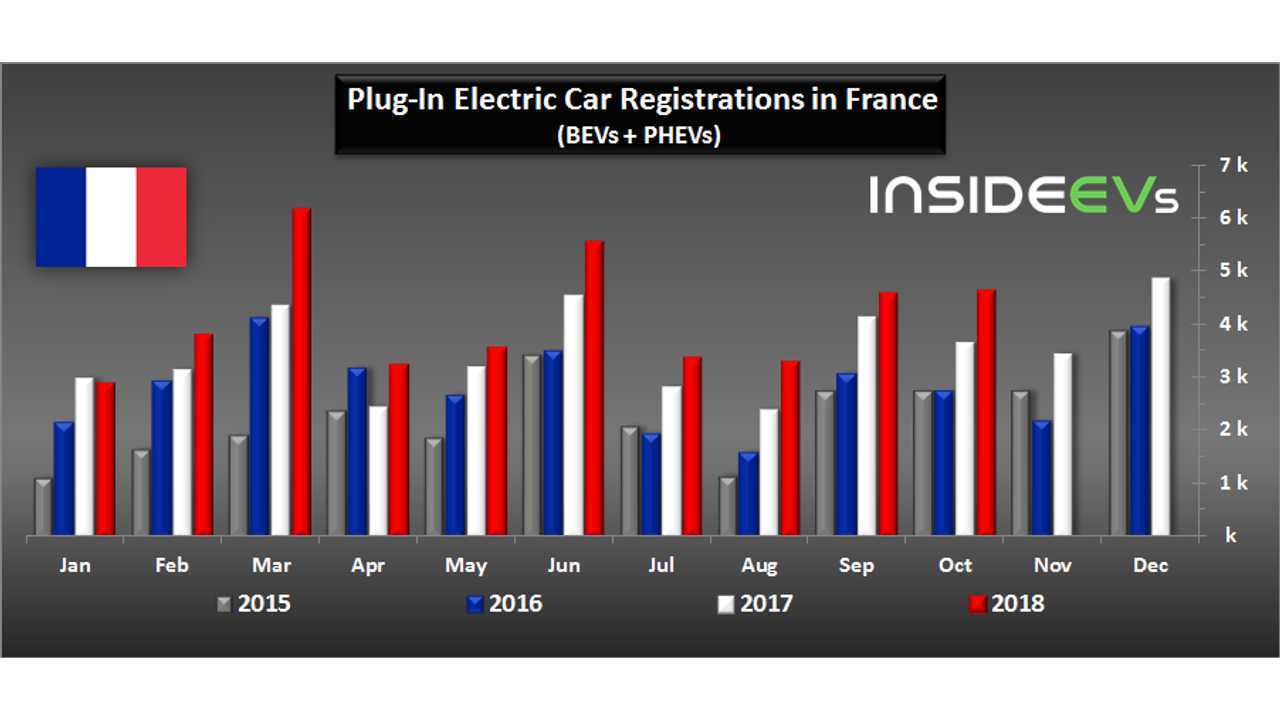 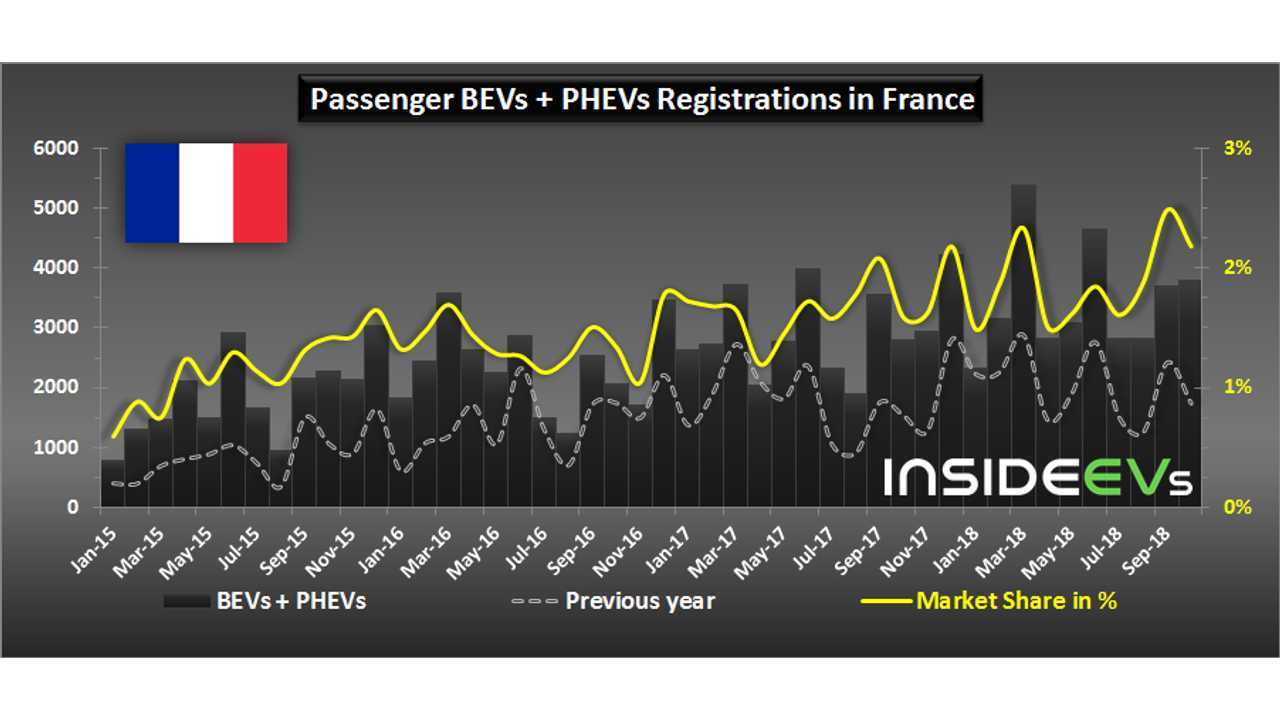 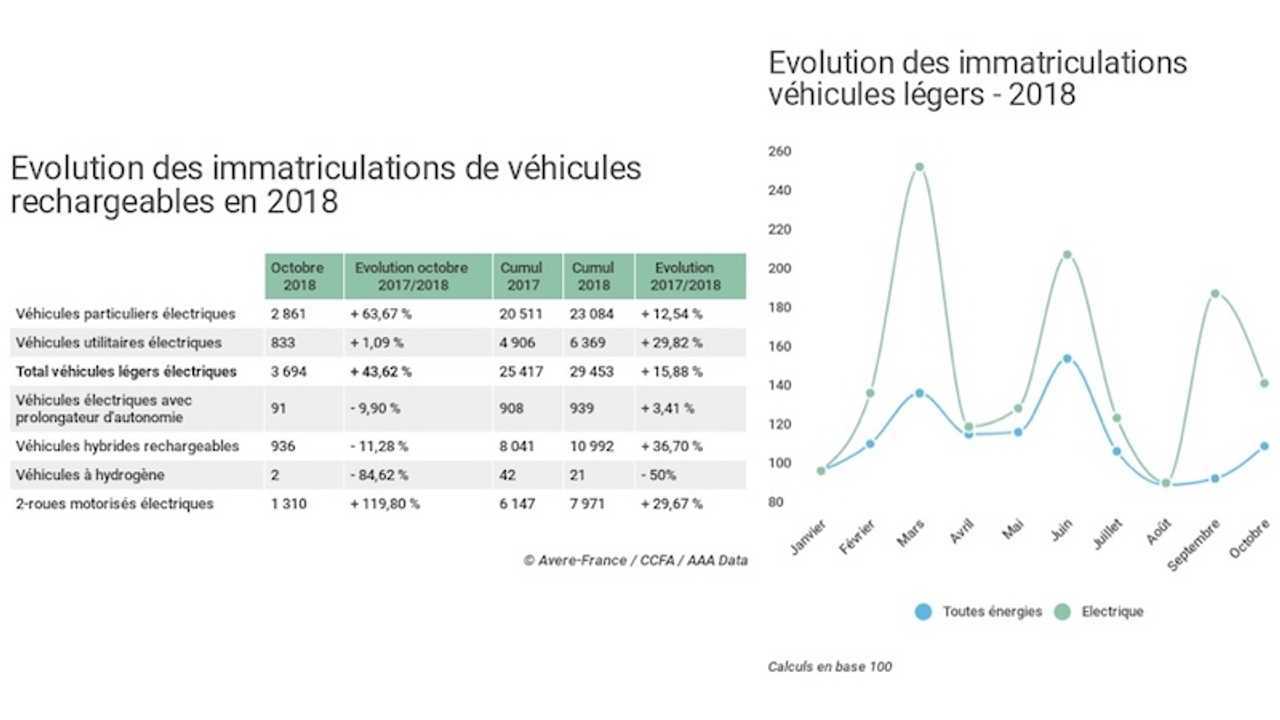