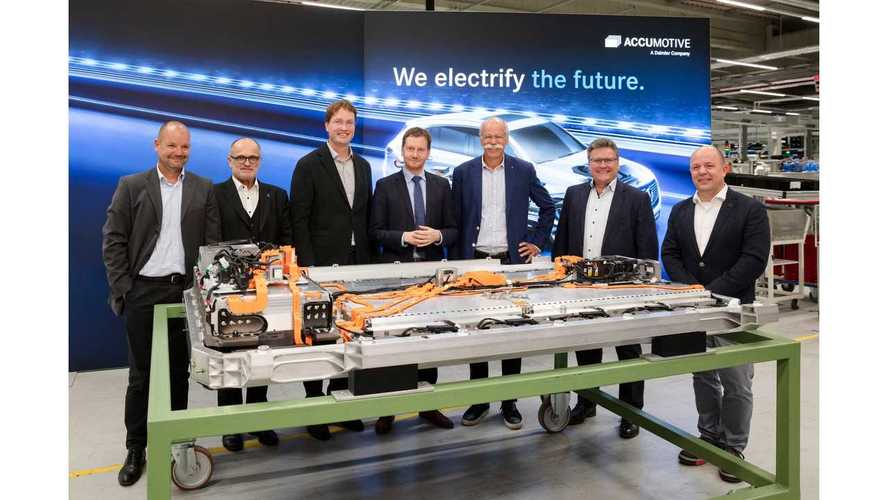 According to Reuters, Germany has earmarked $1 billion euros ($1.2 billion USD) to jump start local production of electric car battery cells. The effort is intended to reduce the reliance of German automakers on Asian battery suppliers.

This investment would help grow a German "battery cells consortium" and establish a production facility in West Germany. In addition, 500 million euros is expected to finance a solid-state battery research factory.

Other than BMW, most German automakers have been slow to embrace electrification. The German government and automakers have historically protected the diesel engine. After the scandals surrounding VW, diesel has been in a death spiral. The rapid growth of Tesla has also put additional pressure on European manufacturers. Now there are signs that other German automakers might be taking EV tech seriously. But righting such a massive ship requires time and money.

Suppliers in China, South Korea and Japan have a significant head start on battery manufacturing. Most European automakers have existing agreements with Asian suppliers such as CATL and LG Chem. Germany wants to ensure that automakers are not reliant on foreign battery manufacturers. But can German sourced cells compete in a crowded market?

All of this financial assistance will be temporary of course. According to Economy Minister Peter Altmaier, "In a few years, Europe will have a competitive battery cell sector that can survive without state aid."

More information and the official announcement of this plan is expected in the coming weeks.