Take Official EV Range Numbers With A Grain Of Salt 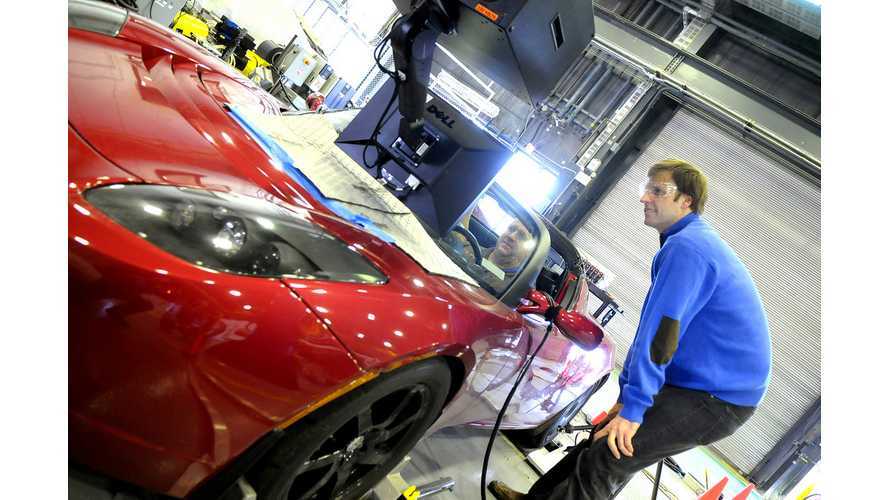 Range numbers are a good way to compare EVs. But are they real?

When electric cars were introduced eight years ago, the U.S. Environmental Protection Agency introduced a new term: miles per gallon equivalent. Applying a term related to gallons of liquid fuel for EV efficiency was immediately criticized for being confusing if not misleading. Today, the EPA also shows the number of kilowatt-hours required to travel 100 miles (easily translated to miles per kWh), as well as the total estimated range of an EV. Unfortunately, these numbers are also difficult to relate to real-world, everyday driving.

The issue emerged again this week when the EPA officially rated the Jaguar I-Pace with an efficiency of 44 kWh per 100 miles and a total driving range of 234 miles. That’s a far cry from previous tests, such as the 292 miles of range indicated by the generous Worldwide Harmonized Light Vehicles Test Procedure (WLTP) and the 291 miles achieved by Top Gear, which was aiming for a long-range number with gentle driving manners.

The I-Pace’s numbers are commonly compared to the larger and heavier Tesla Model X, which is rated at 39 kWh per 100 miles – and a driving range of 295 miles. The differences between the two ratings seem to confirm what Tesla’s Elon Musk said in the company’s most recent earnings call: “We have the best in terms of miles or kilometers per kilowatt hour, and we also have the lowest cost per kilowatt-hour. This makes it very difficult for other companies to compete with Tesla because we’re the most efficient car and have the lowest-cost batteries.” Musk was mostly talking about the company’s latest technology found in the ultra-efficient Model 3 rather than the Model X, which is an older system.

InsideEVs reached out to Michael Duoba, chief engineer of the Advanced Powertrain Research Facility at Argonne National Lab, for his insights. “I ran a simple model of the I-Pace’s driving losses and it seems the 2017 Model X 90D has about 7 percent fewer driving losses, and about 10 percent higher powertrain efficiencies than the I-Pace,” said Duoba. “Efficiency is a systems challenge, and it may be hard to point to any single reason for the differences. Tesla has been refining its cars for a decade so I would expect a next-generation I-Pace to improve.”

That’s Duoba in the picture above testing the efficiency of a Tesla Roadster in 2010. The testing was part of Duoba’s work to help develop SAE J1634, the auto industry’s recommended test procedure for measuring energy consumption and range for EVs. It’s fascinating to learn how the test process works. The range calculation starts with assessing the usable energy in an EV’s battery pack.

Efficiency is a systems challenge.

Electric cars are put on a dynamometer – rollers that spin the wheels in a lab – and run for about three to five hours through a succession of drive cycles that approximate a combination of city and highway driving. As the battery reaches depletion, the vehicle’s wheels are spun on the dynamometer at the equivalent of 65 miles per hour until it can no longer maintain that speed. The test is then terminated, and the total usable battery energy is determined.

Based on the number of kilowatt-hours consumed per mile in each cycle, you can derive the efficiency for city and highway. “The efficiencies coupled with the usable battery energy is how you calculate range,” said Duoba.

Once Again, Your Mileage May Vary

How similar are the 20-mph city and 48-mph highway test speeds to how you and I actually drive? Not much. Therefore the EPA applies a 70-percent adjustment to reduce the efficiency and range to a level you might realistically encounter in your driving. The .7 factor was derived from an analysis of testing and real-world efficiency for many gas car but, according to Duoba, works well for electric cars for both consumption and range. “If you live in California, your range may normally exceed these estimates,” said Duoba. “If you live in Minnesota, the estimates may be too optimistic.”

So the final range number might not be entirely relevant to your experience. But it still serves a useful purpose as a way to compare one EV to another. The same procedure is applied to all cars so we might deduce, for example, that the Tesla X is about 10 to 20 percent more efficient than the I-Pace.

How meaningful is that comparison? Well, in terms of your pocketbook, it might not make such a big difference after all because all EVs are incredibly efficient. The difference between the two levels of efficiency in the I-Pace and Model X as it relates to the cost of electric fuel for about 12,000 miles of annual driving is probably about $50 per year. Similarly, the impact on an average driver’s daily life based on an EV getting a range rating of 230 miles versus 290 miles will be slim. Both battery-powered cars provide a lot more range than most people commonly need. Regardless, the way you drive, like a saint or a speed demon, will have a much greater impact on the range than any differences in the vehicle’s technology or the estimated numbers offered by the EPA.

The bottom line for me is that all EVs are dramatically more efficient and less polluting than gas-powered cars. As long as a car gets more than 200 miles on a charge, let’s not get hung up on the exact range numbers supplied by the EPA. Drive the EV you like best.