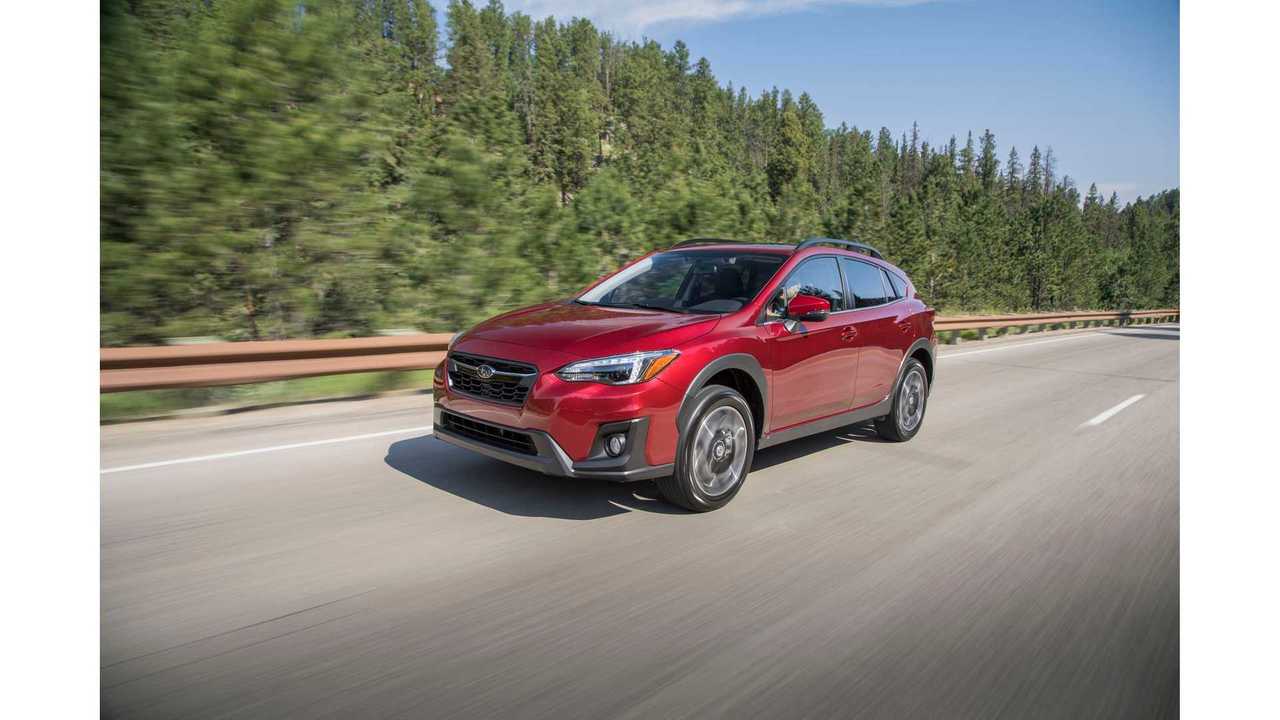 Way back in May of this year, Subaru officially announced its first plug-in hybrid model - the 2019 Crosstrek Hybrid - that should enter the U.S. market near the end of 2018.

Details were and still are scarce on this newest plug-in. But now, thanks to a CARB certification filing, we've got a few new details.

That's certainly not Chevy Volt territory (53 miles / combined), but it will challenge the Toyota Prius Prime (of which it's loosely based off of) at 25 electric miles combined.

Subaru named its plug-in hybrid simply Hybrid, like the Chrysler Pacifica Hybrid. Of course, this is quite a confusing name too, as the Crosstrek Hybrid was around in the past, but in conventional hybrid form, not this new plug-in version.

As previously mentioned, Subaru makes use of the Toyota Hybrid System (THS) that is integrated with Subaru’s four-cylinder direct-injection BOXER engine, Symmetrical All-Wheel Drive and an all-new transmission.

The PHEV model was already expected this year with an all-electric Subaru hinted for 2021.