Can You Tow Charge A Tesla Model 3? Watch To Find Out

Miles in, more miles out!

Most electric vehicles have a special superpower. Pull them down the road using another vehicle — rolling down a steep incline has a similar effect — and the regenerative braking function can actually put power back into the battery. Turns out, the Tesla Model 3 is no exception here and can also pull off this party trick if needed. How do we know? The Tech Forum YouTube channel, hosted by Matt Shumaker, has posted a couple of videos of the car doing just that and they're a lot more interesting than one might suspect. The first video (above) shows their initial attempts at the range-extension technique, while the second (below) sees them try it again and attempt to acquire some useful data. 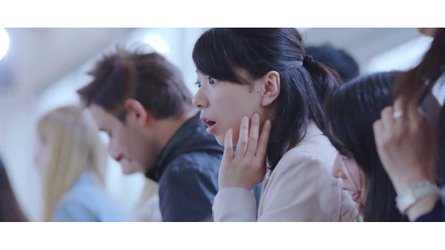 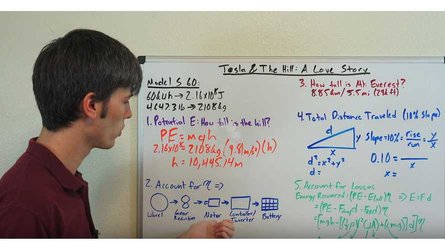 Now, between the two towing attempts, Shumaker updated his car's software to version 9. That may have had a slight effect on his results, as he says regen is a bit stronger with the updated software. Also, while the distance covered in the first video was less than a mile, the second test, performed on a flat loop in a residential neighborhood at low speeds, was a full mile.

As they pull, the screen in the Model 3 screen energy consumption screen displays the effect of the electricity being generated, which, for the most part, measures out at a little more than 1 kWh per mile. Though, as we said, the experiment was conducted at low speed, going faster wouldn't necessarily put even more energy back in, as that rate is limited by the car.

After they cover a mile, our host completes a number of circuits around the test loop using the energy loaned to it by the tow vehicle. Keeping the speed about the same — around 15 to 20 miles per hour — he finds that he can travel more than 10 additional miles just using that energy absorbed from the mile while under tow.

Though the circumstances where this knowledge could be employed are rare, we have heard of this being done before when a vehicle has run out of charge on the road. Before doing it yourself, though, we recommend first checking to make sure any warranties aren't being voided.