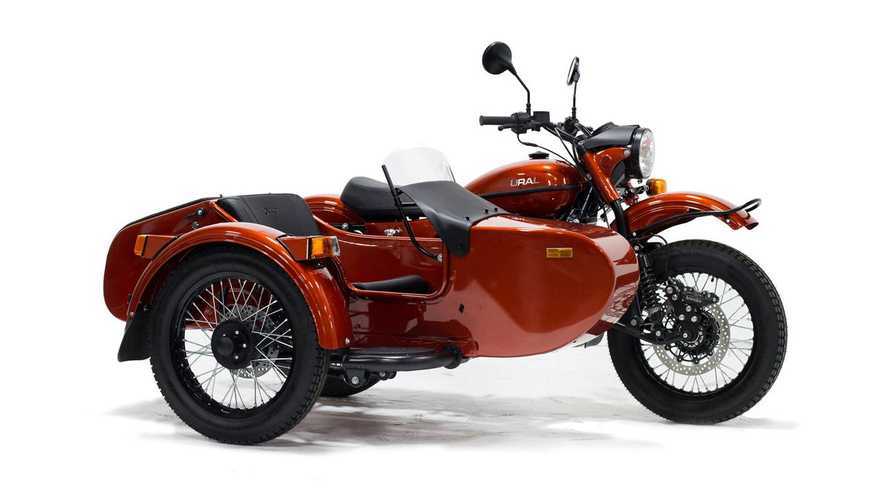 It's a shocking development!

The October Revolution, smashing the Wehrmacht on the Eastern Front during the Great Patriotic War, the launch of Sputnik, Yuri Gagarin and Valentina Tereshkova orbiting the Earth—all monumental events not just in Russian history, but it world history. Now, once again, the Russians stride boldly on to the world stage with Ural's announcement of the world's first all-electric sidecar rig.

Friends, meet the electric Ural cT. Built in cooperation with Zero Motorcycles and ICG, the electric cT is a proof-of-concept vehicle designed to test the viability of an electrically-powered Ural. It features a Zero Z-Force 75-7 brushless electric powerplant that puts down about 60 horsepower and 81 foot-pounds of torque. I had the pleasure of riding this prototype a few weeks ago—a story I'll be telling soon—and the Ural frame reacts very well to all that power and torque, especially in the lower-slung cT platform.

So, why an electric Ural?

“We always knew our sidecar is the perfect platform to build an electric motorcycle because it can offer what regular two-wheeled motorcycles don’t: passenger comfort, stability and safety, not to mention more space for batteries”, said Ural President and CEO Ilya Khait. “We’re very happy with the results. At a glance, it’s still a Ural, but the electric bike offers a totally new experience. It’s very easy to control, thanks to a low center of gravity and optimal weight distribution. It’s very stable thanks to its three wheels. It doesn’t have clutch or gear shifter, twisting the throttle is basically all you need to operate the bike. And it accelerates very quickly—for a Ural … Overall it’s a fun and very versatile vehicle that you can use almost like a car”.

“Proof of concept was the main goal for this project”, said Ural's VP of Ops and project manager Jason Rae. “We went through several iterations, searching for the best configuration of the electric powertrain package. One of the main challenges was to find the optimal location for the batteries while maintaining passenger comfort, storage capacity and stability distinctive to Ural sidecars. The bike was tested intensively in real-world conditions—in the rain and snow, on cold and hot days, on the highway and city streets. We accumulated a lot of data that will be used in the next phase of the project. Admittedly I was apprehensive in the beginning that an electric Ural was something worth putting our resources into, but now I’m totally convinced and looking forward to the development of our production intent prototype”.

Ural doesn't have any plans to produce the electric cT just yet. The company will be showing the bike off at the Progressive Motorcycle Show in Long Beach, California, from November 16-18, 2018. It's also busy arranging demo ride events to get people on the bike and collect feedback. If riders like what they see, and I reckon they will, Ural will move on with the next phase of the project.

To learn more about the electric Ural, check out the website here.