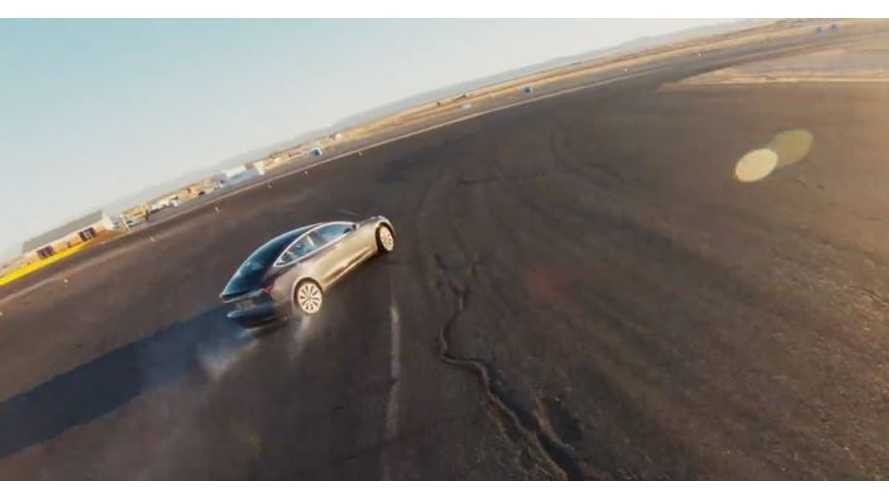 It's a system unique to Tesla and it turns the Model 3 Performance into a true beast.

To those familiar with AWD electric cars, it's all about the ability to control where the torque goes. Front or rear and to do so in an instance. For Track Mode on the Model 3, there are a few more tricks within. As Tesla explains:

Here's how the system works, according to the automaker:

Electric powertrains have numerous advantages over internal combustion engines. In addition to low cost of ownership, energy efficiency, and near silence, they also offer unparalleled responsiveness. Since the introduction of Tesla Roadster in 2008, we’ve exploited the immediate availability of motor power and torque to achieve unprecedented straight-line performance, making the car’s forward acceleration a pure extension of the driver. With Track Mode, which is designed specifically for use on closed autocross circuits and racetracks, our goal was simple: use that same motor power and torque to make cornering on the track feel just as natural as forward acceleration.

How does motor power help you corner? If you’ve ever pulled a car’s handbrake in an icy parking lot, you know that you can make a car turn with more than just the steering wheel. That’s because torque – whether accelerating or decelerating a vehicle – reduces a tire’s ability to hold the car in a turn. Apply torque to the rear wheels, and the car will rotate more in the turn (if you see a car drifting, that’s drive torque; or think about pulling that handbrake, that’s brake torque). Conversely, if you apply either kind of torque to the front wheels, this reduces a car’s ability to turn.

By precisely controlling whether torque goes to the front or the rear wheels, Model 3’s dual motors can immediately and silently increase or decrease the car’s rotation in a corner at your request. This requires lightning fast torque control and the ability for the car to precisely regulate traction on each tire – both of which are standard features in every Tesla, but that we’ve expanded upon with Track Mode to make highly technical driving effortless.

The most exciting aspect of Track Mode is how we can change the balance of the car using just the motors – a technique that would typically be interrupted by a system known as stability control.

Stability control is an important safety feature found in all modern passenger vehicles that applies brakes to certain tires in order to prevent your car from spinning out of control during dynamic maneuvers. The feature is designed to make a car’s behavior more predictable in emergency situations, but it also constrains a driver to a limited range of capabilities at the expense of driver authority and fast lap times. As a result, many cars have “sport” modes that reduce or even disable these safety systems in order to allow a professional driver to maximize the capability of what a car can offer.

Instead of taking away features to enhance the experience of professionals, Track Mode adds features to make any track driver, amateur or professional, feel superhuman on a track. This is possible because with Model 3 Performance, we replaced the stability control system with our own in-house Vehicle Dynamics Controller – software developed specifically for Tesla vehicles that acts both as a stability control system and also as a performance enhancement on the track.

Here is a summary of many of the features we employ with Track Mode while you’re on the track:

Model 3 Performance with Track Mode integrates active controls with the vehicle’s already planted chassis and nimble, responsive steering by maximizing the driver’s authority under any condition. We do this with the same secret weapon used for 0-60 mph launches: the two motors that sit on each axle. And like most aspects of a Tesla, we’ll continue to improve and enhance Track Mode over time with future over-the-air updates.