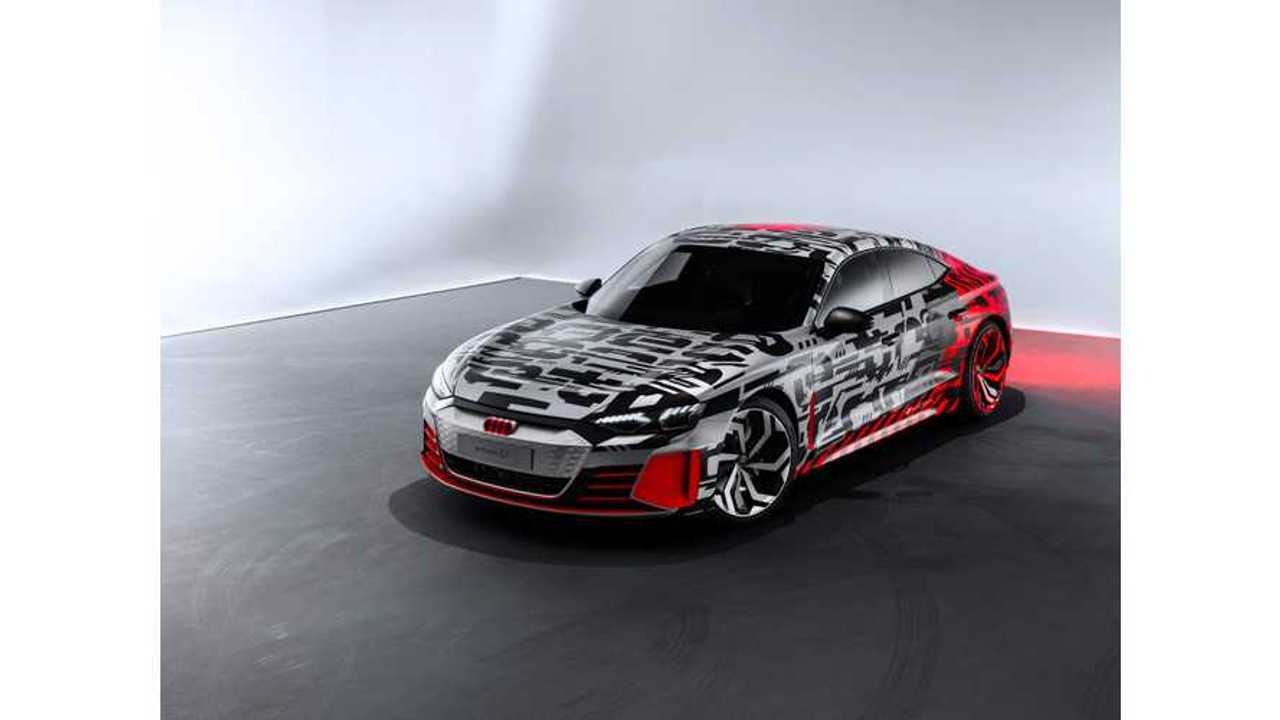 The lights are electrifying.

One day ahead of the unveiling at the Los Angeles Auto Show, Audi presents photos of the e-tron GT concept in camouflage, as well as a sneak peak of the left front with some cool lights that reminds lightning bolt.

Audi said earlier this year that the e-tron GT is scheduled for production using a second e-platform (the first was developed for the e-tron and e-tron Sportback), which shares tech from Porsche models.

The e-tron GT, together with BMW i4 probably will be the closest competitors to the Tesla Model S.

Here a little more on the first two BEV platforms from Audi: