Is the Volt as we know it now dead?

It would seem to be the case that with the closure of this site, the Chevy Volt will exist no more. But that doesn't rule out the possibility of a Voltec crossover in the very near future.

***UPDATE: General Motors has responded to our inquiry on the Volt and has confirmed, on the record, that Volt production will officially cease in March of 2019.

Just moments ago, General Motors announced the upcoming closure of several factories, most of which focus on producing passenger cars. The closure list includes the birthplace of the Chevy Volt - Detroit-Hamtramck Assembly in Detroit. 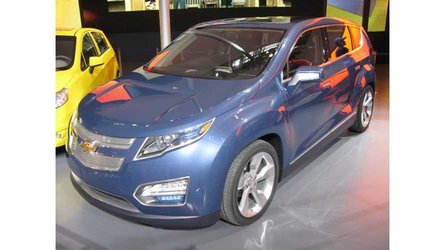 Volt Crossover May Debut in 2015 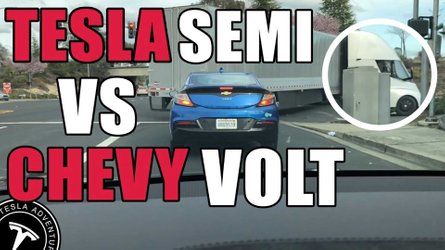 The other notable site closure is Lordstown Assembly in Warren, Ohio. That's where the Chevy Cruze is built, which provides the basic foundation for the current Chevy Volt.

These closures all come as part of a bigger restructuring for GM. The move is from cars to trucks and SUVs, as gas prices have been rather stagnant and low in the U.S. of late. Per GM:

But here's where it gets interesting:

GM now intends to prioritize future vehicle investments in its next-generation battery-electric architectures. As the current vehicle portfolio is optimized, it is expected that more than 75 percent of GM’s global sales volume will come from five vehicle architectures by early next decade.

So, the move is over to pure electric it seems and, more importantly, larger vehicles that will satisfy U.S. tastes. To us, this seems to indicate GM will transition over from small plug-ins like the Volt and Bolt to larger plug-ins that slot into the CUV, SUV and pickup truck categories.

So, we'll lose the Volt, but gain potentially so much more.

It's not a win-win. But it's not the end of battery-electrics at GM either.

DETROIT – General Motors (NYSE: GM) will accelerate its transformation for the future, building on the comprehensive strategy it laid out in 2015 to strengthen its core business, capitalize on the future of personal mobility and drive significant cost efficiencies.

Today, GM is continuing to take proactive steps to improve overall business performance including the reorganization of its global product development staffs, the realignment of its manufacturing capacity and a reduction of salaried workforce. These actions are expected to increase annual adjusted automotive free cash flow by $6 billion by year-end 2020 on a run-rate basis.

“The actions we are taking today continue our transformation to be highly agile, resilient and profitable, while giving us the flexibility to invest in the future,” said GM Chairman and CEO Mary Barra. “We recognize the need to stay in front of changing market conditions and customer preferences to position our company for long-term success.”

Contributing to the cash savings of approximately $6 billion are cost reductions of $4.5 billion and a lower capital expenditure annual run rate of almost $1.5 billion. The actions include:

In addition to the previously announced closure of the assembly plant in Gunsan, Korea, GM will cease the operations of two additional plants outside North America by the end of 2019.

These manufacturing actions are expected to significantly increase capacity utilization. To further enhance business performance, GM will continue working to improve other manufacturing costs, productivity and the competitiveness of wages and benefits.

Barra added, “These actions will increase the long-term profit and cash generation potential of the company and improve resilience through the cycle.”

GM expects to fund the restructuring costs through a new credit facility that will further improve the company’s strong liquidity position and enhance its financial flexibility.

GM expects to record pre-tax charges of $3.0 billion to $3.8 billion related to these actions, including up to $1.8 billion of non-cash accelerated asset write-downs and pension charges, and up to $2.0 billion of employee-related and other cash-based expenses. The majority of these charges will be considered special for EBIT-adjusted, EPS diluted-adjusted and adjusted automotive free cash flow purposes. The majority of these charges will be incurred in the fourth quarter of 2018 and first quarter of 2019, with some additional costs incurred through the remainder of 2019.