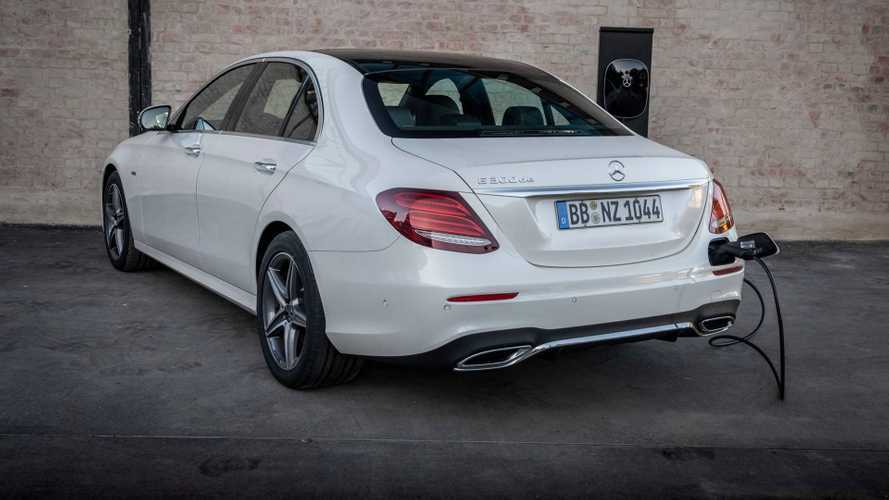 Mercedes has launched a plug-in hybrid version of its E-Class executive saloon that teams an electric motor with a diesel engine.

The decision to opt for diesel power bucks the trend among plug-in hybrids, which tend to use petrol engines. Popular models including the Mitsubishi Outlander PHEV and Toyota Prius Plug-In both fire up gasoline engines when the batteries run flat.

However, Mercedes says the new E 300 de, which is available as a Saloon or an Estate, combines “the ultimate combination of diesel’s long-distance efficiency and frugality with the emissions-free running of electricity.”

Under the newcomer’s bonnet, there is a 2-litre diesel engine with 192 bhp, as well as a 120 bhp electric motor. Together, they produce a massive 516 lb-ft of torque – more than a Ferrari Portofino – and can return up to 166.2 mpg on the new WLTP economy test.

The electric-only range is 34 miles for the Saloon and 32 miles for the Estate, so it’s a long way off the 70 miles required to be eligible for the government’s revamped Plug-In Car Grant, but the 41 g/km CO2 emissions put it in the 13 percent company car tax bracket for the 2018/19 financial year.

But as well as offering economy, the new powertrain’s grunt provides performance, too. The sprint from a standstill to 62 mph takes around six seconds, and the top speed is 155 mph.

The E 300 de is offered in two trim levels, with SE being the cheaper of the two. Starting at £47,700 for the Saloon and £49,700 for the Estate, the standard plug-in E-Class comes with 18-inch alloy wheels, a ‘widescreen’ digital infotainment and dashboard display and keyless start. Front and rear parking sensors are included, too, as are four USB ports and heated front seats.

Spending an extra £2,495 will buy you the more generously equipped AMG Line model, which gets AMG bodystyling, privacy glass and an AMG steering wheel.

And as with all Mercedes offerings, there’s a bewildering range of option packs available. The Premium package, for example, costs £2,395 and includes memory seats, wireless phone charging and a 360-degree parking camera.

For £4,395, however, you can have the Premium Plus package, which adds to the Premium package with a Burmeister sound system, automatic powered boot closing and a panoramic sunroof.

Other packages include the £1,895 Comfort package (£3,295 for AMG Line cars), which is available only in tandem with either the Premium or Premium Plus pack, and includes clever air suspension and natural Nappa leather.

The E 300 de is available to order now, with the first UK deliveries scheduled for spring 2019.