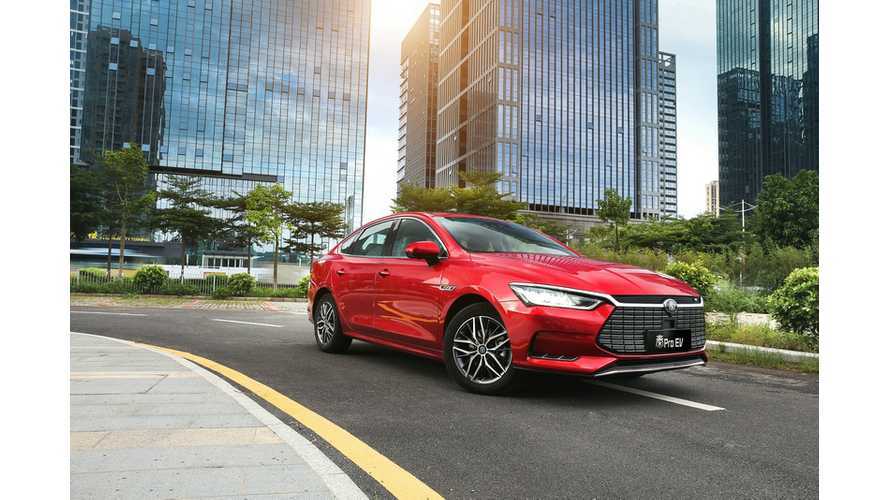 ARE CHINA'S ELECTRIC CARS A THREAT TO TESLA?

Above: Tesla is capturing the attention of Chinese car buyers (Image: Quora)

Peter Chen, a Shanghai-based engineer with TRW says that electric cars remain "a key industry where the government wants to develop its own players to be world leaders." Beijing wants China's domestic carmakers to sell an ambitious three million EVs a year by 2025.

"As bold as Beijing’s vision is, however, catching up with the likes of Tesla and achieving the plan’s goals will not be easy," writes Ren. In China, he contends, "EV makers focus on the low-price market... there are also issues with battery technology that limit the range of domestically made EVs."

It's reported that, "Most of China’s indigenous EVs have driving ranges of below 300km (186 miles), compared to Tesla’s 500km (311 miles), because of battery limitations. Chinese-made batteries are relatively heavier and bigger than those of their foreign rivals because of the less sophisticated design of their cells. To make them lighter, Chinese makers have to cut the number of cells, thus reducing a car’s range."

Above: The US, EU, and Japan have a high density of EV charging stations, while China's infrastructure is spread out (Source: South China Morning Post)*

“Chinese EVs are still several years behind the global leaders in terms of technologies,” says Cao Hua, a partner with private equity group United Asset Management. “The limited driving range and the lack of charging stations are still the major stumbling blocks to the rise of China’s EV sector.”

To that end, Davis Zhang, a senior executive at energy-solution provider Suzhou ­Hazardtex points out, "an urgent need for more concerted action between the central and local governments and car manufacturers to map out a plan for EV charging."

In addition, China's home-grown electric car sector could face competition on their own turf. Tesla recently "signed a deal with Shanghai authorities in July to build its first factory outside the US, with an annual capacity of 500,000 cars. That would double the size of its global manufacturing and help lower the price of Tesla cars sold on the mainland."

And Tesla's lower-priced Model 3 could turn out to be a hit in China. "The competition will be cutthroat as production volume jumps in the coming years,” explains Nomura's auto analyst Joseph Wong. "Foreign brands will ratchet up pressure on Chinese home-grown brands as they are able to make better products."

That said, "Some of the more bullish industry executives predict that one-fifth of vehicle sales on the mainland, or about 6 million units, will be of green cars in 2023." And many more are betting on EV growth in China. Companies like China's BYD have backing from American billionaire Warren Buffett.

A sea change could be underway in the automotive sector. China's tech-saavy youth are becoming disenchanted with fossil fuel powered cars. He Kun, chief executive of DialEV, says that millennials in China "have different views as vehicles become electric and intelligent, and companies need to react quickly to meet their demands... We are in a new internet era and it is time to build new generations of cars."