This year's Los Angeles Auto Show will see several interesting electric vehicles and concepts being revealed. One of the most promising, the Audi e-tron GT concept, a vehicle underpinned by the Porsche Taycan architecture, certainly seems like one of the most interesting reveals.

While Audi kept its lips sealed about any real information about this vehicle, the automaker is hard at work at teasing us on the upcoming all-electric luxury car from the Ingolstadt based carmaker, slated to hit the showrooms somewhere around 2020. 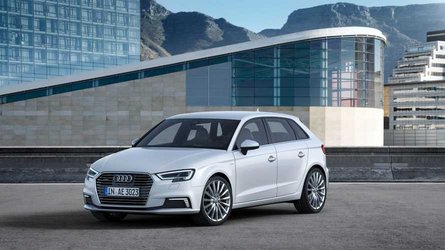 Today, a few days ahead of its official premiere at the Los Angeles Auto Show, the German carmaker released a teaser video for the upcoming e-tron GT concept vehicle. While it doesn't reveal much, it does show some broad strokes concerning the car's exterior, design cues, and other items.

From the teaser, the vehicle will follow a similar design language featured in most of today's Audi models. The rear lights are seemingly placed all across the rear, giving us that gorgeous LED strip seen on the new Audi A6, Audi A8, and the Audi Q8. Furthermore, the design is as sleek as it gets! Hopefully, this will become a vehicle similar to the stature & appeal of the Audi A7 - but with a full battery powered powertrain.

If Audi can match what seems to be a clean & stylish design with adequate range & performance (310 miles / 510 kilometers and a 0-60mph (0-97km/h) and acceleration around 2.00-3.00 seconds) they might just have a winner on their hands. Currently, we know that the vehicle is set to benefit from the Taycan architecture in a rather interesting way: it'll be the first production passenger car able to use the 800-volt battery system that will enable it to use up to 350 kW charging.