Jaguar Land Rover is taking its first steps into the world of motorcycles by investing in electric bike startup Arc. 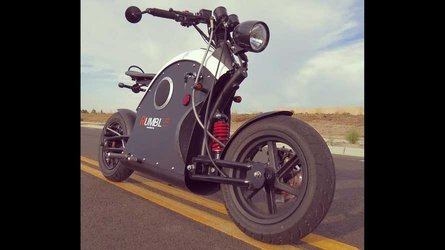 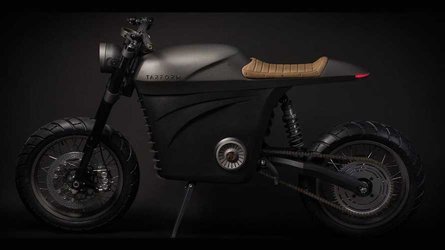 "For Jaguar Land Rover’s venture capital fund, this is about being a technology leader in a disruptive environment," said Sebastian Peck, Managing Director, InMotion Ventures. "Our mission is to develop an expanded footprint for Jaguar Land Rover in the brave new world of premium mobility."

"We understand the power of emotional connection and creating really desirable objects, so we see natural synergy with Arc," he added. "The Vector is an incredible development in the next generation of motorcycle travel."

Arc differs from most bike makers, not because its products are electrified – and the two-wheeled world is quite far behind cars when it comes to that kind of thing – but because of how its bikes are made. Unveiled this week in Milan, Arc's first bike, the Vector, is regarded as the most advanced bike ever made.

The hand-built Vector has a lightweight carbon-composite structure and a sophisticated battery-module monocoque keeping the weight down, a problem faced by almost all electric vehicles, but keeping stiffness at MotoGP levels. There's carbon swingarms front and rear, custom-made Ohlins dampers for what Arc calls 'telepathic handling and feedback', and Brembo brakes on BST wheels. All-in-all the bike weighs 220 kg – about 60 kgs less than comparable bikes.

Performance numbers are decent, too. The 0-60 dash is handled in just 3.1 seconds, while the top speed of the bike is 120 mph. Cutting edge battery technology onboard produces 399 units of voltage for a range of about 200 miles in urban use and 120 miles on the highway.

That's not all. The bike comes with a futuristic helmet. The Zenith helmet has a connected Heads Up Display which projects the speedo, sat-nav and ancillary graphics onto the rider’s visor, just like Iron Man's helmet.

"With Vector, we’ve set out to build the best performance electric motorcycle," said Mark Truman, Founder and CEO, Arc Vehicle Ltd. "With electric vehicles in general, the powertrain weighs a lot. This really can’t be avoided if you want capacity, distance and performance. So, it was about stripping everything back and using a lot of exotic, lightweight materials, such as carbon fibre."

"The chassis and battery module had to be one, and because of this approach we’ve been able to reduce the weight as much as possible to achieve the performance we wanted," Truman added. "The design brief was; if the term 'cafe racer' was going to be coined in ten years’ time, what would that look like?"