Stage is being set for a huge shift.

Volkswagen has big electric plans for the future, if the entire auto industry doesn't crash. Though it currently only offers the e-Golf and, in Europe, the e-up, its electric efforts should really kick off in early 2020 with the coming of the I.D., the first of several models based on its flexible M.E.B. platform. With the factory situation for that first model sorted — production of the I.D. is slated for a plant in Zwickau, Germany — the automaker is turning its attention to other production possibilities in Europe, and could switch two other facilities to electric vehicle production. 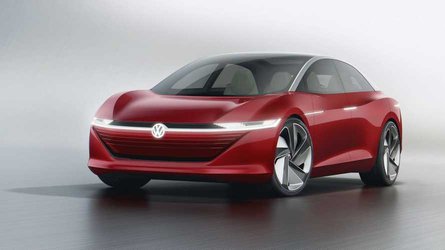 A report in Handelsblatt suggests the VW plant in Emden, which now cranks out copies of the Passat, a model whose peak popularity appears to have passed, could also produce EVs. Several scenarios are being considered, including one that would see Passat production there end completely and the building converted into a sort of Gigafactory, where both EVs and batteries (in partnership with SK Innovation) would be produced.

The other plant that may have a battery-powered future is the facility in Hanover, which presently produces a range of commercial vehicles, including its electric version of a van: the e-Crafter. It is possible that the factory's output could be switched to a Ford facility in Turkey which would free up the space for other purposes. Similar to its past role, executives are mulling whether to make Hanover the home of "heavier" offshoots of the M.E.B. platform. If that is the case, it would eventually turn out copies of the (very awesome) I.D. Buzz, in both passenger and Cargo form.

Europe isn't the only continent that will be home to Volkswagen EV production, of course. The automaker has already said it will produce three models in the U.S., with its Chattanooga plant being eyed as the most likely location.