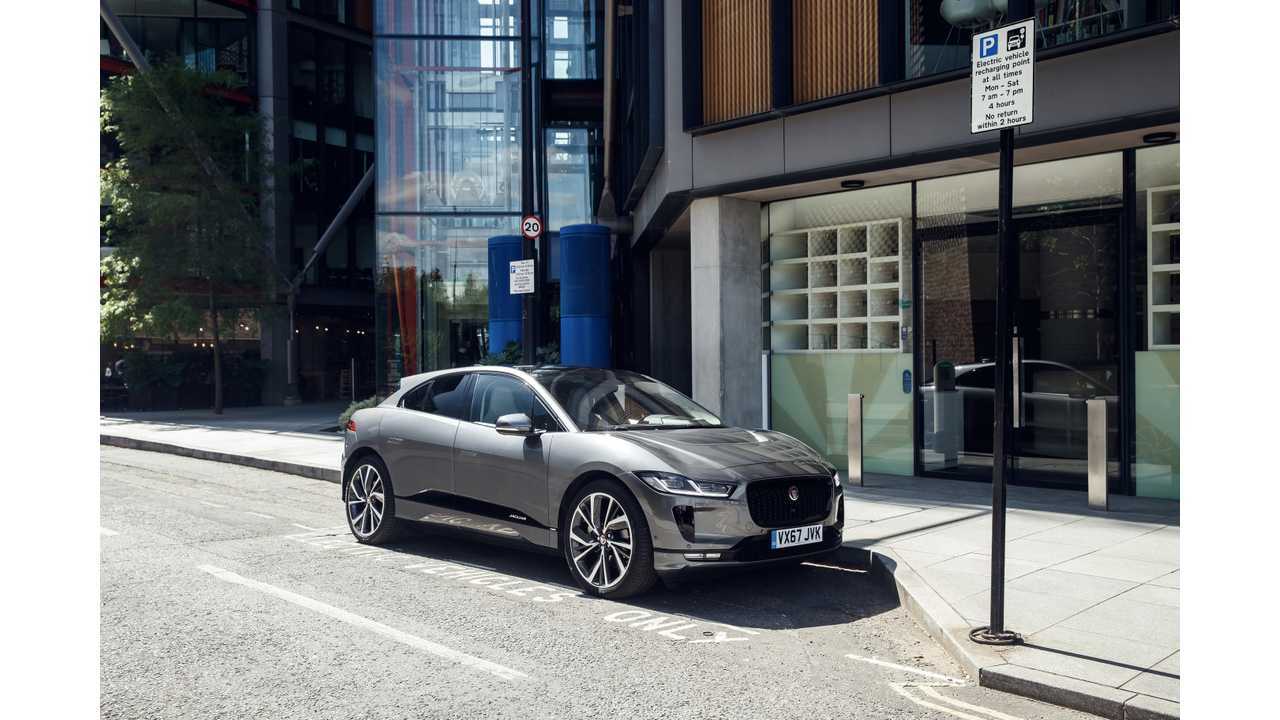 The Highlanders seem to love the all-electric Jaguar

Jaguar completed an awards hat-trick in Scotland. The all all-electric Jaguar I-PACE was crowned the overall Car of the Year and Best Alternative Fuel Car at the 2018 Scottish Car of the Year awards, alongside a the E-Pace - it's ICE (Internal Combustion Engine) sibling - taking home the title of the Best Premium SUV (Sports Utility Vehicle). The awards were presented at the ceremony held at the Dalmahoy Hotel and Country Club last night.

This recognition from the Association of Scottish Motoring Writers marks the fourth time the British carmaker has taken home the top prize. It also caps an amazing week for the Jaguar I-Pace, as the fully electric SUV (Sports Activity Vehicle) was named as the first-ever German Car of the Year last Tuesday. Truly an impressive undertaking considering the competition.

“We are delighted to win this award in such an important market for Jaguar Land Rover. We are very proud that the I-PACE has been acknowledged as a game-changer, yet remains recognisable as a Jaguar, with luxury and capability at the heart of its design, along with one of the most advanced zero-emissions powertrains ever fitted to a production car. The I-PACE is an electric vehicle that’s practical for everyday use and we look forward to seeing even more on the road“. - said Rawdon Glover, Jaguar Land Rover UK MD

The Jaguar I‑PACE marks the first vehicle with which the British car maker finally ventured into the pure electric vehicle world. Dubbed by the carmaker as "the ultimate all-electric performance SUV," the I-Pace promises both a thrilling experience to look at and drive. The I-Pace is powered by two electric motors that deliver a combined output of 394 horsepower and 513lb-ft (696 Nm) of torque. Thanks to instant torque and impressive acceleration. the I-Pace can sprint from 0-62mph (0-100km/h) in just 4.5 seconds. Its 90kW battery promises a range of up to 292 miles (470 kilometers). No wonder it receives awards from every possible outlet.

“The I-PACE SUV is the most stunning car produced by Jaguar since the E-Type. It is the most exciting car currently on the market and it fully deserves the Scottish Car of the Year crown. It looks great, drives superbly and offers all the luxury you would expect from a Jaguar. At the same time it is a huge step forward for the company and a game-changer for electric vehicles in general.” - said John Murdoch, President of the Association of Scottish Motoring Writers

Right now, the Jaguar I-Pace has already tallied 6 major honors since its worldwide reveal in March, including being named Car of the Year by the Sunday Times, Auto Express and T3 as well as being named a ‘Game Changer’ by Autocar. An impressive feat for the first fully electric vehicle from the British carmaker.