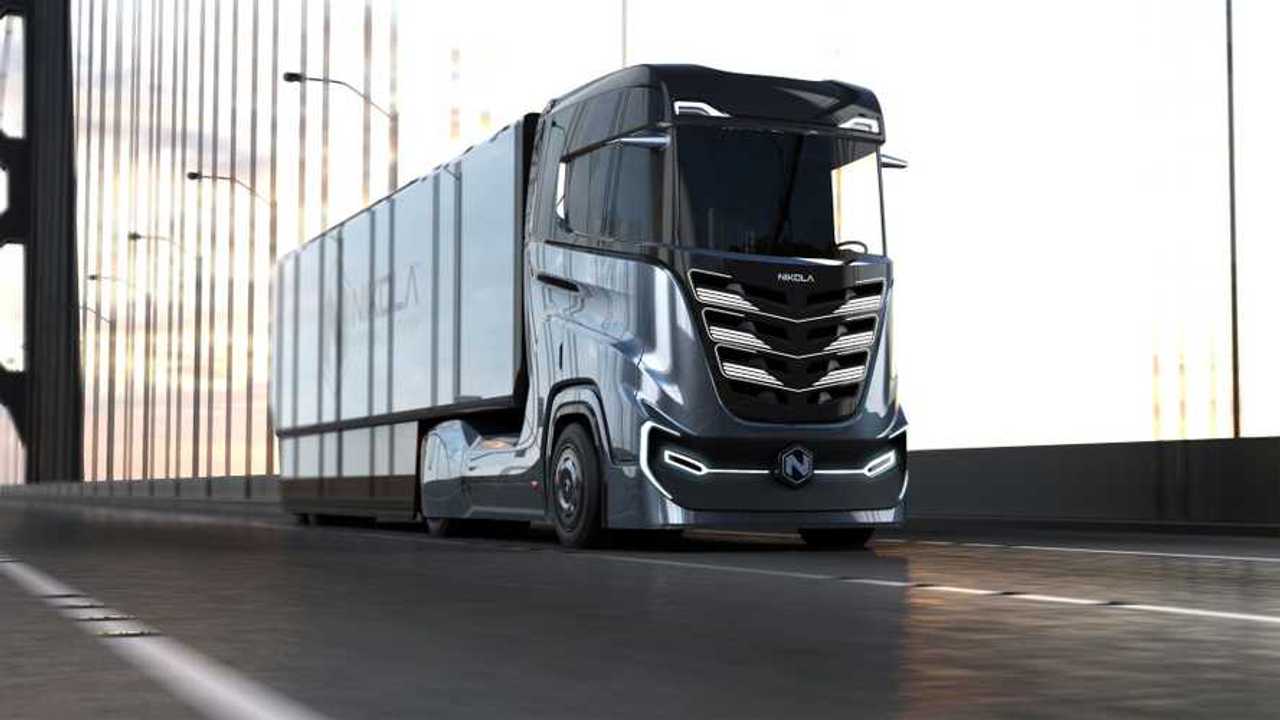 The unveiling is scheduled for April 2019, while first tests should start in Norway in 2020. Production of Tre should begin in 2022-2023 just like in case of the North American versions. Nikola currently seeks a production location in Europe.

The Tre, depending on the version, will be able to go 500-1,200 km and according to Nikola, it will be fully equipped with level 5 autonomous driving (hardware).

Reservations for the Nikola Tre (means “Three” in Norwegian) are now open at www.nikolamotor.com/tre.

Guests at the April 16-17 Nikola World in Phoenix will be able to view a prototype display of the Nikola Tre, along with other new zero-emission products from Nikola including the production intent Nikola Two.

“This truck is a real stunner and long overdue for Europe,” said Nikola Motor Company Founder and CEO Trevor Milton. “It will be the first European zero-emission commercial truck to be delivered with redundant braking, redundant steering, redundant 800Vdc batteries and a redundant 120 kW hydrogen fuel cell, all necessary for true level 5 autonomy. Expect our production to begin around the same time as our USA version in 2022-2023.”

The Nikola Tre has 500 to 1,000 HP, 6x4 or 6x2 configurations and a range of 500 to 1,200 kilometers depending on options. The Tre will fit within the current size and length restrictions for Europe.

European testing is projected to begin in Norway around 2020. Nikola is also in the preliminary planning stages to identify the proper location for its European manufacturing facility.

Nikola is currently working with Nel Hydrogen of Oslo to provide hydrogen stations for USA. “Nel has been good to work with for our USA station design and rollout. We will work with Nel to secure resources for our European growth strategy. We have a lot of work ahead of us, but with the right partners, we can accomplish it,” said Kim Brady, Nikola Motor Company CFO.

By 2028, Nikola is planning on having more than 700 hydrogen stations across the USA and Canada. Each station is capable of 2,000 to 8,000 kgs of daily hydrogen production. Nikola’s European stations are planned to come online around 2022 and are projected to cover most of the European market by 2030.

At the April 16-17 Nikola World in Phoenix, attendees will witness the Nikola Two in action pulling loaded trailers along with a prototype display of the Nikola Tre. Hydrogen filling will also be shown at the event at 700 bar or 10,000 PSI. Nikola’s powersports division will provide customer rides throughout the day and show off pre-production units of the Nikola NZT off road 4x4.

To date, the company has approximately eleven billion dollars in pre-order reservations. Ryder System and Thompson Machinery will be on site at Nikola World to work with US customers.

Registration for the Nikola World event to be held in Phoenix will open on December 3, 2018 at www.nikolamotor.com.

European fleets or customers looking at reserving more than 10 trucks can email bill.cherry@nikolamotor.com. All other reservations can be made online at www.nikolamotor.com.