The company is working on a new type of clamping assembly that will hopefully result in a noticeable improvement in vehicle build quality in the near future.

While I may be subject to the Tesla crowd burning a Ford Mustang in front of my apartment building, the fact is that the build quality of some Tesla vehicles leaves a lot to be desired. One of the most pressing items on their short list of urgent tweaks & improvements is clearly the issue with loosely fitting body panels. However, the carmaker seems to be on it - as revealed by a recently published patent.

Tesla is working on a new type of clamping assembly that would allow them some flexibility between panels during manufacturing. This would then allow their workers to fine tune the alignment and fitment of the body panels during the vehicle's final assembly process.

More about the Model 3 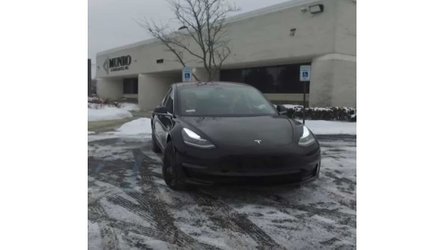 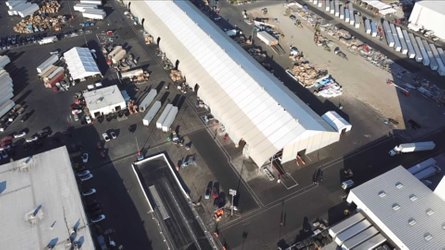 Analysts Impressed By Tesla Model 3 Tent, Build Quality, Production Speed
This newly published patent is called “Clamping Assembly for Securing Together a Pair of Adjacently Located Panels.” In the patent application, the carmaker describes a simple, but a rather effective way of addressing the misaligned body parts issue. Furthermore, Tesla notes how the conventional clamps - usually used to attach various body panels to the frame of the vehicle - are not effective in connecting body panels and their individual tolerances due to their rigid structure.Diagrams depicting Tesla’s design for its new clamping assembly.

“The present invention was derived in light of the foregoing challenges, and it is an object of the present invention to provide a clamping assembly that provides flexibility in securing parts that are manufactured to larger dimensional tolerances and in which play is necessary between adjacent parts during, or after, assembly. The clamping assembly of the present invention can accommodate misalignment of the part or parts owing to variances in one or both parts during manufacture and/or necessary play between the parts by allowing flexibility in adjusting the positions of the parts relative to one another in one direction while still securing the parts to one another. That is, the clamping assembly secures together a pair of manufactured parts, in which the manufactured parts require play along at least one direction while confining the movement of the parts in a second direction.

In more ways than one, the Tesla Model 3 is an amazing vehicle. However, the alignment and quality issues are something you can't disregard. The quality issues most notably came to light when Detroit’s Sandy Munro started his teardown of an early production Model 3. It was then when he discovered that the vehicle’s panel gaps were so inconsistent, that they reminded him of a Kia from the 90s.

Naturally, Elon Musk tackled the issue and issued a company-wide statement. The recent batches of the Model 3 showcase significantly improved build and quality control. And this patent should improve the builds even more.