***UPDATE: A full video, showcasing the wind tunnel testing, is now available above.

When Rimac Automobili revealed the newest addition to their family, the Rimac C_Two, the automotive world was taken by storm. Everyone who looked at the specifications for this upcoming all-electric hypercar couldn't stop to be amazed. And now, with months passing by, the Croatian carmaker is slowly revealing the process that went into making one of the world's most powerful and prestigious vehicles. 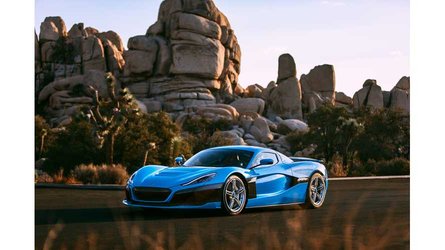 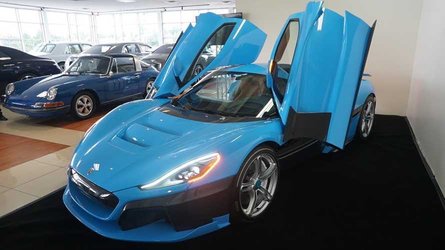 Released earlier today, Rimac teased a set of images that will precede what the company calls "a sneak peek into the Rimac C_Two wind tunnel test." Naturally, the whole process of wind tunnel testing is a bit more intricate than what we usually imagine. Rimac built a full-scale model of their vehicle, allowing them to put various parts of their hypercar through some intricate testing procedures. Items like functional active aero components, realistic suspension, and brakes, fans, all the way to the realistic pressure drop across the radiator cores and the rotating wheels were used to test the relevant parts quickly and compare to the CFD results.

With the 120-kWh battery fully charged, Rimac’s newest electric beast will cover 404 miles (650 kilometers) between charges – based on the outgoing NEDC test cycle. Factor in level 4 autonomous driving capabilities, fast-charging to 80 percent in half an hour, and extensive use of carbon fiber, and you get one of the most technologically advanced cars ever made that will hopefully live up to the hype. And to make matters even more compelling, nearly all 150 cars planned for production have already been sold. Despite the C_Two's eye-watering starting price of about $2.1 million.

Hopefully, next week, we'll get to be amazed by what Rimac Automobili did while putting their newest hypercar through its paces at the Fiat Chrysler America's wind tunnel test facility. Meanwhile, grab a few moments and check out the teasers from the media gallery below.