Porsche is unwilling to sacrifice its reputation by bringing an electric car to market that falls short. Apparently, it doesn't have to. This comes as no surprise to those that know the incredible potential of EVs, but the Taycan may shock many hardcore gearheads. 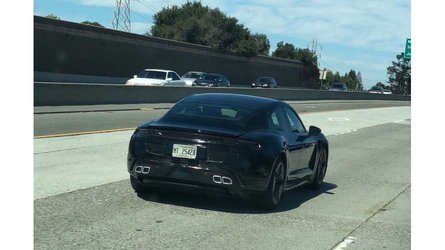 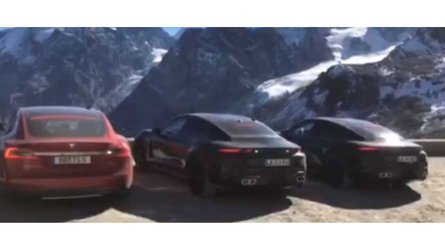 German publication firmenauto recently interviewed Weckbach about its upcoming, all-electric Taycan. Porsche is not a stranger to hybrids and even plug-in hybrids, but this future entrant will be its first production-level pure-electric vehicle. Being that electric cars as a whole don't sell very well and make up a small fraction of the overall global vehicle market share, the interviewer is curious about Porche's choice to bring the Taycan to market. He even wonders if 2020 is too soon.

Weckbach believes that now is the time to move forward with the Taycan. He says it only makes sense since the automaker has progressed to this point, and an all-electric car is next in line. However, he's also clear to point out that the goal is to bring an EV to market "that will meet our demands without compromise."

The executive goes on to confirm that the Taycan will arrive at the end of 2019. But, what about an all-electric Macan or Panamera? Weckbach explains that the Taycan won't be a spacious car, so Porsche has already approved the Mission E Cross Turismo for production as well. It will reach out to those that require more space and versatility. In its electric endeavors, the automaker is branching out and designing new offerings, rather than serving segments that are already satisfied within its current lineup.

firmenauto continues: Is it possible to give the Taycan the classic Porsche virtues?

Weckbach replies: It was clear from the beginning that even an electrically driven Porsche would have to be the sportiest vehicle in its segment. At first glance, it will also be recognizable as a Porsche because we have transferred Porsche's design DNA to our upcoming electric vehicles. You can be sure that the Taycan will meet the demands of Porsche in every respect, from the selection of materials to the quality of the complete vehicle.

Weckbach says the Taycan looks, feels, and drives like a Porsche. He even goes so far as to say that an electric sports car "can be purist and highly emotional." Additionally, there are obvious advantages like the low center of gravity and instant torque.

The interview moves on to the Taycan's stamina, range, and architecture, as well as a discussion about charging infrastructure. In summary, Weckbach shares that range will surely not be an issue, the 800-volt architecture means exceptionally fast charging, and advanced cooling technology means the vehicle will be able to accelerate over and over and maintain high speeds. He also shares that ramping up charging infrastructure by 2020 is a top priority for Porsche.

In the end, the Porsche executive admits that he was impressed with the Taycan's driving dynamics early on, and since then, the vehicle has improved significantly. He says, it's not just an electric car ... it's a Porsche.

To read the entire interview, follow the source links below.