Cobalt is expensive, so reduction is key.

For Kevin Sahin, 77, innovating is a way of life. This scientist-turned-entrepreneur behind a battery technology adopted by chemical giants BASF SE and Johnson Matthey Plc is now back with yet another invention - one that he claims that will be able to boost electric vehicle performance in the forthcoming years. In a nutshell, his latest innovation reduces the need for cobalt - a key battery production material - to only the utmost critical areas, further reducing the costs. 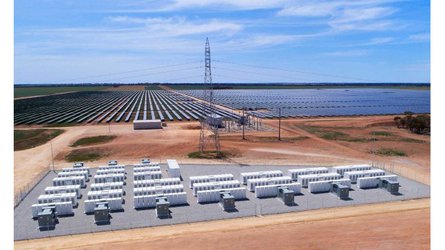 In recent years, the heightened demand, packed with the volatile source country - the blueish-gray element is mined mostly in the Democratic Republic of Congo - have both pushed costs up, but also, brought fears of shortages for battery-powered cars. However, Sahin's latest invention - which he calls GEMX - can be used in a variety of types of nickel-based power packs. Furthermore, the invention has been granted patents in the U.S., the European Union, China, and Japan - both some of the biggest battery manufacturing markets. To make matters even more interesting, Sahin was in Berlin earlier this month for an annual car industry conference, where he revealed that he was in talks with large battery manufacturers. And one of them has actually already agreed to buy the license to produce the material.

“We’re hoping we will get this into the hands of the major producers,” Sahin said in a phone interview. The technique could lower cobalt content to as little as 4 percent of battery cathodes, he said, from about 20 percent needed in some now.

There are two results of lowering the amount of cobalt in batteries: first, the cost. Second, it would help reduce the battery industry's reliance on war-torn Congo, something we've been hearing about in the news on a regular basis for the past few years. Carmakers like BMW AG and Volkswagen AG were both parts of unflattering news, where child labor and unsafe working practices dominated the headlines in recent years, making their supply chains come under heightened scrutiny.

With Sahin's technique of inserting GEMX into specific spaces within the chemical structure of cathodes, less cobalt is needed. And judging by Sahin's track record, this man's got something interesting at his hands. After all, this Turkish immigrant, who came to the United States at age 16, has already built a customer-service software company that he sold to Lucent Technologies for $1.5 billion, after which, he invested almost $100 million of his own money into the development of cathodes. And cathodes are a mission-critical chemical compound that determine how much can a battery last between charges.