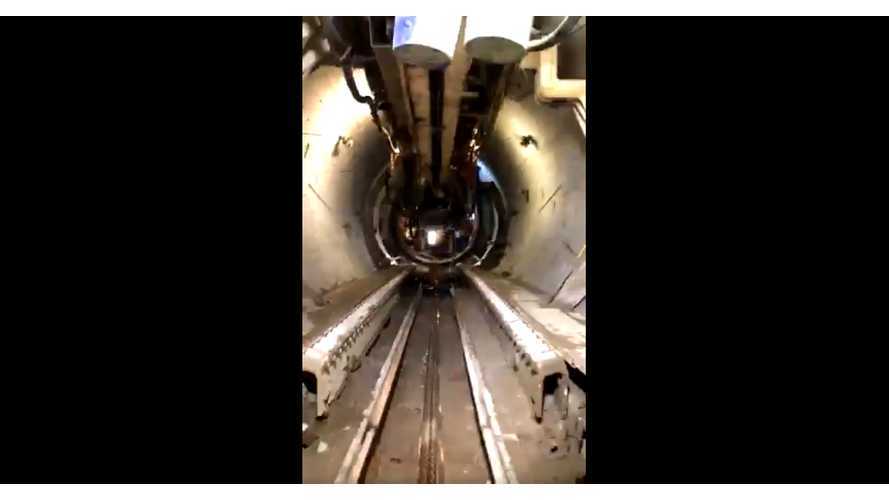 Watch the hole thing below.

The first tunnel from The Boring Company is set to make a debut of sorts on December 10. It's then, company head Elon Musk says, that they will hold a special event, with free rides for the general public happening the next day. In advance of the opening of the opening (in the ground), Musk has tweeted out a short video (embedded below) giving us an idea of what to expect.

Get even more Boring

As videos go, and without trying to make a bad pun (no, really), this one is kind of boring. The concrete walls of the tube appear drab and a chunky cable lopes along one side while the other is fitted with a pair of pipes. The ceiling of the relatively small tunnel is obscured by what appears to be some sort of ventilation ducting.

Musk has said he wants Tesla vehicles to bring maximum enjoyment to the driving experience, and we hope he brings that same ethos to tunnel travel. It will be interesting to see whether the walls get painted or special lighting is added to enhance the optical part of the experience ahead of the big day.

According to another tweet from Musk (embedded below), the entire trip through the 6,000-foot excavation should only take minutes, with most of that time spent either either speeding up or slowing down. Top speed within the test tunnel, according to Musk, could be as fast as 155 miles per hour, though it's unclear whether they will attempt this sort of speed during the event or the next day.

To be clear, this tunnel is not yet a commercial passage that people will be able to use to avoid L.A. traffic. Pending official approval, the first fully-functioning commercial subterranean "loop" will actually be located in Chicago.

If you're in the L.A. area and planning to attend either the opening event or take a ride that next day, let us know about it in comments (or on the InsideEVs Forum. While we are more interested in surface travel in cars, we kind of dig (not literally) this Boring Company effort as well.

Just a few mins, which is mostly accelerating & decelerating