Daimler really wants to be ahead of Tesla in this segment.

Roger Nielsen, president and CEO of Daimler Trucks North America, said recently that the progress in electric truck development is faster than expected.

The German manufacturer soon will begin tests of Freightliner eCascadia, Freightliner eM2 with key customers in the U.S. and by the way also introduced electric school buses through Thomas Built Buses and an investment in Proterra.

In Europe, Daimler is testing Mercedes-Benz eActros, while in some countries around the world it offers the smaller Fuso eCanter.

Overall, Roger Nielsen expects that in 2020 Daimler will put more electric trucks on the road than Tesla, which we assume is being considered as the main competitor in North America. Hopefully, it will be higher than a two-digit number. 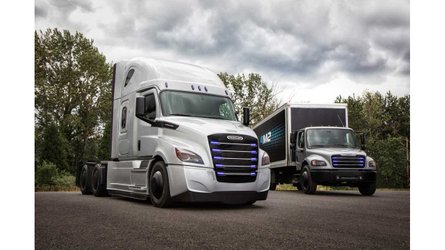 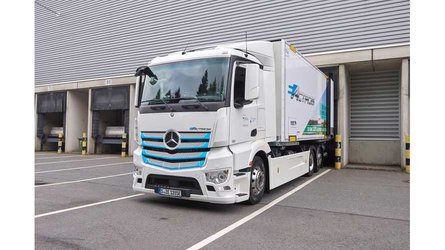 Interesting was this comment on battery and energy consumption, according to Roger Nielsen:

"In response to a question about a possible delay of deliveries of Tesla’s electric Semi to 2020, Nielsen said it was not just a race to market. “The best battery solution is going to win,” he said of the electric truck market. “It’s all about energy consumption.”

We should add that the fast-charging infrastructure is very important here and there was no plan announced by Daimler, compared to Tesla's plan of building a proprietary network of Megachargers (like Superchargers for its cars).