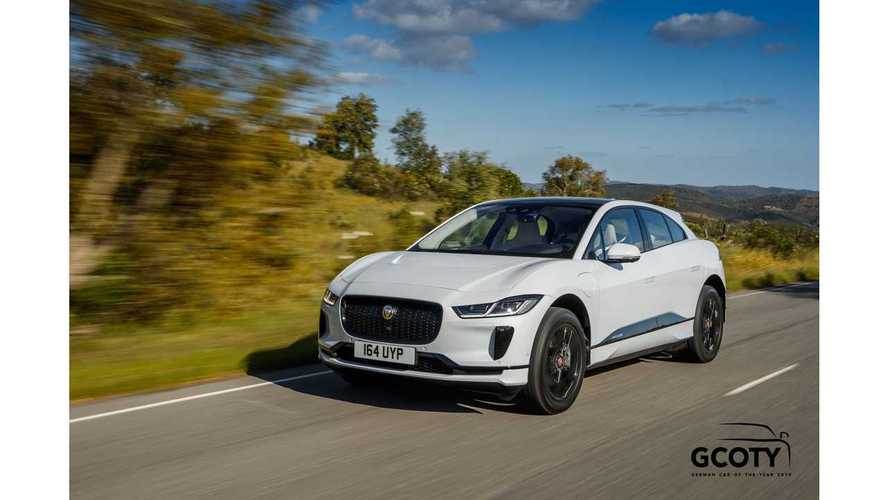 HOW DOES THAT JAGUAR I-PACE STACK UP AGAINST TESLA'S MODEL X?

Automotive writer Dan Neil is a bright spot at the Wall Street Journal, once a thoughtful conservative news source and now a leading venue for anti-Tesla rants. Neil famously deleted his Twitter account after a positive review of the Tesla Model 3 triggered a torrent of trollery.

Jaguar Delivers First I-PACE In U.S. - Owner Not A Fan Of Tesla's Style

Neil recently tested the 2019 Jaguar I-Pace, and shared his impressions of the new electric crossover, including the inevitable comparison to the Tesla Model X.

Neil found the new Jag to be “brill, as the Brits would say: smart and sensual, quick and quiet, athletic and aesthetic, a class act all the way.” He also noted a few problems: “The lagging touch screen in my test car made me want to drive it off one of Monterey Peninsula’s scenic cliffs.”

Neil notes that Jaguar has stolen a march on the German luxury brands, which are “still bravely in their foxholes.” Audi’s e-tron impressed journalists (including this correspondent) at an expansive extravaganza in San Francisco, but the bubble of credibility was quickly punctured when we learned that the company does not plan to ship any inventory to its US dealers - the e-tron will be available by special order only, and Audi of America President Scott Keogh said the wait for delivery could be a year or more. Porsche won’t commit to a launch date for its Taycan electric four-door coupe, but it might possibly, conceivably start to arrive by (maybe) spring 2020. Mercedes has shown off its new EQC electric SUV, which it tentatively expects to arrive in the US in 2020 (perhaps). BMW takes top honors for tentativeness - it recently showcased a concept called the Vision iNext, which may perchance come to market around 2021.

Above: Jaguar faces off against Tesla (Image: InsideEVs via Nicolas Joannès)

So Jaguar is the first legacy automaker to field a competitor for Model X, and Neil believes this is a competitive advantage that will be definitive for the brand, “especially among the next generation of car buyers in Europe and particularly China, where the government is effectively regulating gas cars off the market.”

A lot of “armchair quarterbacks” believe that once the legacy automakers finally decide to get serious about electrification, their superior resources will allow them to overtake Tesla quickly. More informed observers point out that differing missions(Tesla exists to sell EVs; Big Auto still hopes they’ll go away) make that scenario unlikely. Neil’s comparison of the Jag and the Tesla offers another reason not to count the Californians out. “It’s becoming obvious that Tesla’s advantage in powertrain tech won’t be so easily commodified or wished away,” he writes, then goes on to list some of the Tesla’s technical advantages over its challenger.

“The new I-Pace matches the Tesla Model X 75D in range but it requires a 20% larger battery to do so,” writes Neil. “The Model X is also 14 inches longer and 400 pounds heavier, so a whole class above in size. And then there is charging. At a Level 2 home charger, a dead-empty I-Pace would take 12.9 hours to fully charge, according to Jaguar. For the same car at a public DC fast-charger (50 kW), 30 minutes would yield about 60 miles of extra range. That’s assuming, in the moment of need, you can find convenient DC fast charging. Chances are you’ll drive past one or more of Tesla’s hundreds of proprietary Supercharger stations along the way.”

Above: Model X and I-Pace on the road (Image: InsideEVs via Nicolas Joannès)

The I-Pace’s designers opted for a traditional user interface. In contrast to “the bone-chilling minimalism of a Tesla Model 3...the I-Pace UX looks like Mission Control with leather upholstery. There are a good number of physical rotary controllers, switches and ergonomic landmarks at hand, so you don’t always have to go ferreting around its torpid touch screen.”

Neil found plenty to like about the electric Jag: “All-wheel drive comes by way of AC synchronous motors fore and aft with integrated single-speed transmissions, delivering a combined 394 hp and 512 lb-ft of ready torque, enough to toss the little British space pod to 60 mph in 4.5 seconds and top out at 124 mph. At low speeds and low demand the rear motor does all the work in near silence of oiled electrons. The tire roar is by far the loudest thing. But when you boot the I-Pace to full power, it sings to you, a spiraling aria analogous to an internal combustion car’s rising revs, coming out of the cabin loudspeakers. You can turn it off if you like, killjoy.”

Above: Germany's NextMove compares the two SUVs in a head-to-head battle (Youtube: nextmove)

Meanwhile, another comparison recently surfaced between the Model X and I-Pace. As reported in Teslarati, Germany's NextMove analyzed the efficiency of the two all-electric SUVs and found, "At speeds between 93 km/h (58 mph) and 110 km/h (68 mph), for example, the I-PACE showed an average consumption of 22.5 kWh/100 km (362 Wh/mi). The Model X, on the other hand, had a consumption of 17.5 kWh/100 km (282 Wh/mi). That makes the larger, heavier Model X around 23% more efficient than the Jaguar I-PACE."

NextMove also evaluated charging, and found that the Tesla outshone the Jaguar in this category as well. The German publication charged the I-PACE at an IONITY station at a Porsche dealership. IONITY’s charging stations are capable of providing up to 350 kW of output, but the I-PACE was limited to only 80-83 kW. However, Tesla’s Supercharger was able to recharge the Model X 90D at a level of over 100 kW.