Tesla To Double Supercharger Capacity By End Of 2019 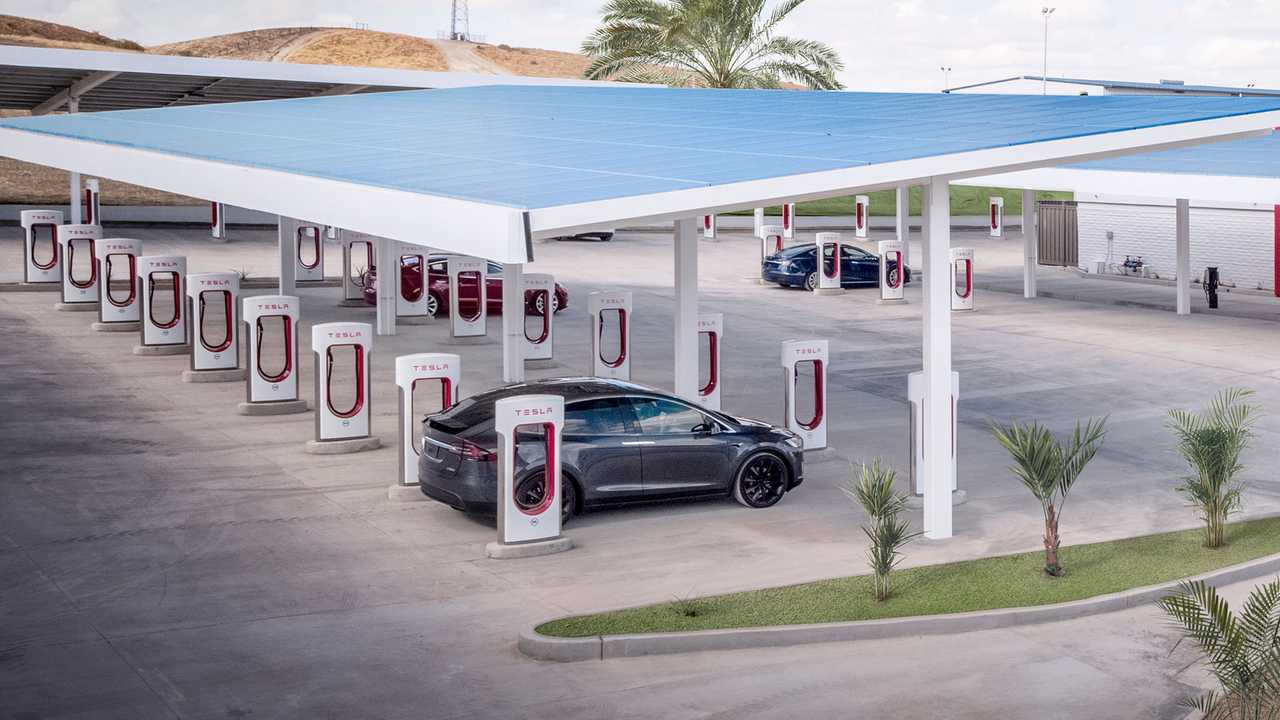 The Tesla Supercharger network is the automaker's secret weapon and it's about to get even more super. The automaker's CEO has announced the vast network will double in size over the next year as well as see an increase in speed.

More about the Tesla Supercharger network.

Elon Musk made the news public on Twitter, his favorite way of promoting positive product developments. One tweet (embedded below) mentioned the doubling in size, adding also that the improvement would mean between 95 to 100 percent of owners would be within range of the network. That's pretty much all owners (obviously), with the exception of a few outliers. The improvements are needed as the company puts thousands more vehicles on the road each month.

Another development that will help as much as new locations is faster charging speed. In a second tweet (embedded below), Musk mentions that the third iteration of Superchargers will be released early in 2019. While we don't know the exact specifications of "V3," as it is called, two years ago Musk seemed to tease that it would be over 350 kW. It should be kept in mind, however, that the vehicles — especially the Model S and Model X with smaller batteries — may not be able to take advantage of this extra charging power. The current generation of Superchargers can put out as much as 135 kW, though owners generally only see a top rate of 120 kW.

The Supercharger network is a significant way that the brand has distinguished itself from competitors, giving customers confidence in their ability to make trips of significant distance. It's integrated with Tesla vehicles to the extent that one can ask the car to plot a route of hundreds of miles in length and it will lay out a map on the large touchscreen with any needed stations, along with the anticipated time to charge there. Other manufacturers have been relying on charging networks from third-party outfits with wide-ranging costs, speeds, and reliability.

The difference in approaches, we believe, is reflected in the sales figures. While the Supercharger network may not be solely responsible for the wide disparity in sales success between Tesla and its competitors, there's little doubt it plays a key role. According to its website, the California company now has 1,375 locations worldwide with 11,424 Supercharger stations.

Tesla Supercharger capacity will double by end of next year. Expect to be within range of 95% to 100% of population in all active markets.

Supercharger V3, which starts rolling out early next year, will also charge much faster