Hyundai and Kia To Introduce Solar Car Roofs in 2019

Seems a bit gimmicky, though.

Ever since this new generation of electric cars have begun to make their way into dealerships and owner's driveways, people have wondered why they all don't have solar panels to recharge the batteries.

I've personally responded to dozens of people on various blogs and online forums that have asked about it, and question why integrated solar panels weren't already commonplace. The answer is pretty simple, the panels currently available just don't generate enough energy to offset the weight and cost that add.

A few OEMs (Toyota, Nissan & Fisker) have experimented with integrating solar into their vehicles, but it really resulted in more of a gimmick, because the cost and weight penalty negated any tangible gain the system provided. 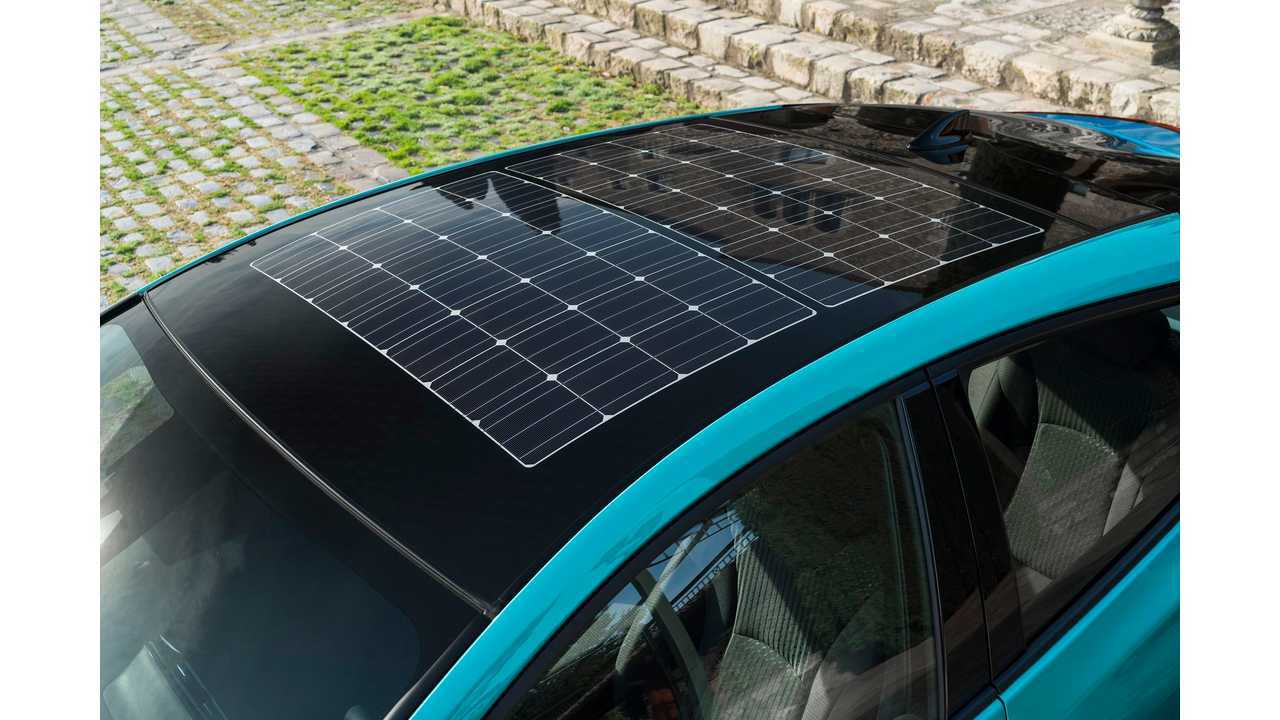 Toyota and Panasonic teamed up recently to provide a solar roof option for the Prius Prime PHEV, an option which is only available in Japan, but not in the US. To do so, Panasonic created a new lamination technology making it possible to install the solar panels onto the curved roof of the Prius Prime. The 180-watt panel powers the vehicle accessories and also helps recharge the Prime's high-voltage traction battery. In optimal conditions, Toyota says the system can add 3.7 miles of range to the battery in a day. So that's about 1 kWh of electricity added in perfect conditions per day. The national average cost for electricity is 12 cents per kWh, so it's easy to see the system could never pay for itself, let alone offset the efficiency loss the vehicle has by carrying the extra weight the system adds to the vehicle.

So, Hyundai has its work cut out for them if they want to develop a system that actually makes sense. Solar efficiency is increasing all the time, and we're sure there will come a day when solar integration into cars is beneficial, but we're not sure we're there quite yet.

Still, we think it's good to see automakers beginning to integrate solar into their vehicles, as it's certainly going to be the norm in the future.

Hyundai has announced that they will implement three distinct steps to introduce solar roof technology across the brand. Here's how Hyundai describes the process:

Hyundai doesn't expect to deliver a solar roof system dedicated to recharging a BEV's main traction battery until the third generation of their technology is introduced, and no timeline for that iteration was given. We only know that the first-generation system should start showing up on 2019 hybrid models at some point next year. The developer of this technology, Jeong-Gin Park, pointed out that solar isn't going to be the only technology that generates electricity on future Hyundai vehicles, and that their cars will not only be energy consumers, but also producers:

“In the future, we expect to see many different types of electricity-generating technologies integrated into our vehicles. The solar roof is the first of these technologies, and will mean that automobiles no longer passively consume energy, but will begin to produce it actively. It is an exciting development for us, designing a technology for vehicle owners to help them shift from being energy users to being energy producers.” - Jeong-Gil Park, Hyundai's Executive Vice President of the Engineering and Design Division

We'll keep an eye out for announcements on which hybrid models from Hyundai, Kia and possibly the Genesis line are the first to offer the solar roof option, and keep you posted.