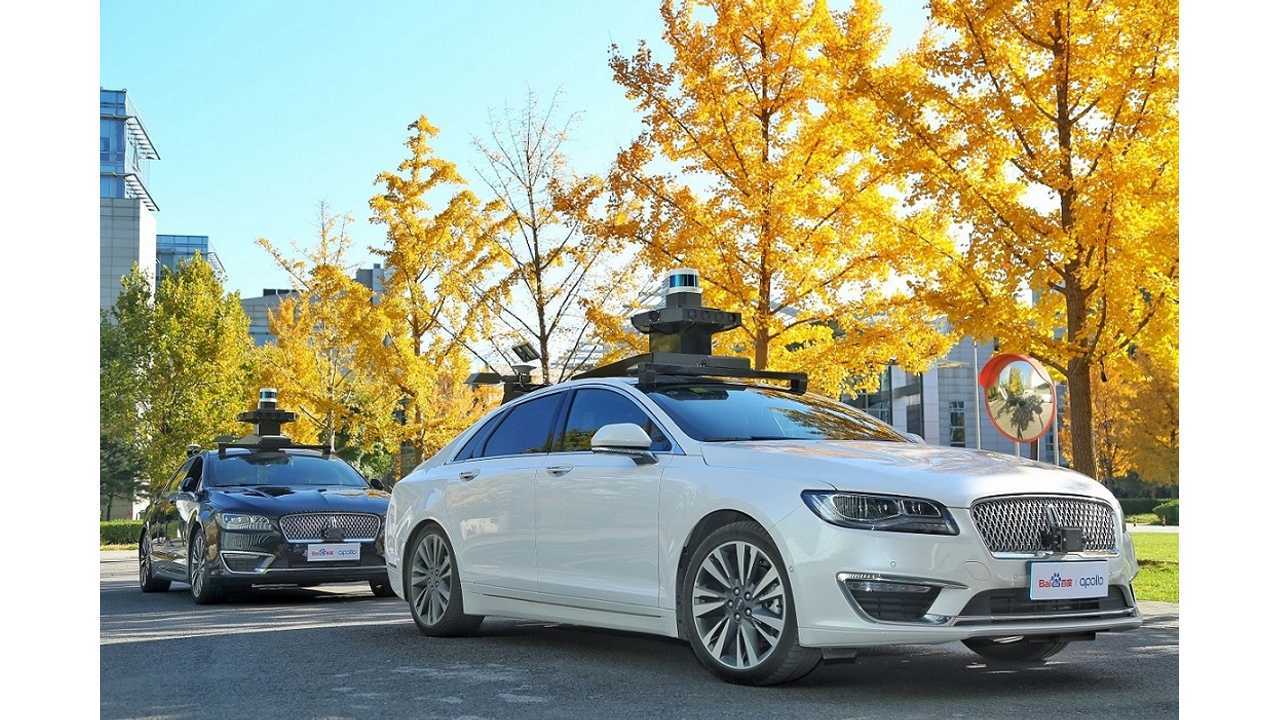 Baidu follows in the footsteps of Google's Waymo

Baidu, the Chinese internet search provider, is hard at work on its Apollo autonomous driving open platform that could be used by car manufacturers around the world.

The tech and opportunity to use the platform seems attractive enough to tempt Volvo Cars and Ford, which recently both announced development of autonomous cars with Baidu. We add that Baidu is also a shareholder of NIO.

Volvo Cars has said that it will jointly develop - with Baidu - electric and fully autonomous drive-compatible cars with the aim of mass producing them for China.

"Volvo Cars is the first foreign car maker to collaborate this closely with Baidu to jointly develop customized autonomous driving cars. The partnership will allow both companies to develop and sell these vehicles to potential Chinese customers, underlining the Swedish company’s aspirations to be the supplier of choice for mobility companies globally.

Volvo Cars and Baidu will pool resources to take the next step and prepare for mass manufacturing of fully electric and autonomous cars, according to the agreement. The collaboration with Baidu is Volvo Cars first of its kind in China and it was deliberately chosen as a partner by Baidu because of its long-standing safety credentials.

Based on the collaboration agreement, Baidu will contribute with its Apollo autonomous driving platform. Volvo will provide access to its expertise and advanced technologies of the car industry."

“With Baidu we take a big step forward in commercialising our autonomous compatible cars, built on Volvo’s industry-leading safety technology. There is a strong development in autonomous drive in China, where Baidu is a leading player, and the market there offers huge opportunities for us as the supplier of choice for autonomous fleets.”

“Since its founding a century ago, Volvo has kept safety as its core mission, pushing safety development forward with significant innovations. We are very glad that Volvo Cars has established a strategic partnership with Baidu in the development of a fully autonomous car compatible with our autonomous driving platform Apollo. We look forward to working closely with Volvo to provide the world with the safest auto products for the benefit of humankind.”

Ford - which is already a founding member of the Apollo Committee, an advisory group for Baidu’s Apollo autonomous driving open platform - on the other hand is launching a joint two-year project to test SAE Level 4-capable autonomous vehicles in Beijing.

"The collaboration is aligned with Ford’s plans to further advance and promote autonomous vehicle technologies, supporting the company’s vision of designing “smart vehicles for a smart world.”

The Baidu-Ford L4 Autonomous Vehicle Test Project is a two-year initiative, with on-road testing slated to begin by the end of this year. The project will see Ford and Baidu cooperating to develop and test autonomous vehicles that are designed to meet the Level 4 (L4) driving automation standard as defined by SAE International. This means that upon completion of the development and testing process, the vehicles will be capable of operating autonomously within a specific geographic area and under certain weather conditions.

In the lead-up to the kickoff, a team of Ford engineers at the company’s Nanjing Research and Engineering Center (REC) was set up to convert the vehicles into Autonomous Vehicle Platforms (AVPs) in order to prepare them to be fit with Baidu’s Apollo Virtual Driver System (VDS). All vehicles have now been equipped with the Virtual Driver System (VDS) and related hardware and are ready for testing. The AV tests will be conducted on open roads in Beijing that are specially designated for AV testing, with the option of exploring further opportunities in other Chinese cities in the future in accordance with local regulations."

“Working with a leading tech partner like Baidu allows us to leverage new opportunities in China to offer innovative solutions that improve safety, convenience and the overall mobility experience. This project marks a new milestone in the partnership between Ford and Baidu, and supports Ford’s vision to design smart vehicles that transform how we get around.”

“Baidu and Ford both believe in using technology to redefine the future of mobility. This project will combine our leading-edge technological know-how and understanding of China together with Ford’s vehicle expertise, marking a significant step forward towards Baidu’s goal of developing autonomous driving vehicles that will greatly benefit future consumers.”